This week’s Routinely Itemised collection of RPG news, discoveries and Kickstarters is a big one. Why? It’s RPG zine season over at Kickstarter and there are many!

It’s been a weird week of RPG news with two different instances of racism casting its unwelcome shadow over the hobby. Kudos to those publishers who cut ties with the Judges Guild, even if it’ll cost them money, and for Osprey Roleplaying for standing firm on the cover design of Romance of the Perilous Lands.

Yes, it’s not a holiday for everyone but it’s hard not to acknowledge that today is Valentine’s Day. Even Wizards of the Coast got into the action by providing some free to print out D&D-themed cards.

Lastly, Hasbro has said they’ll lay out their plans for Dungeons & Dragons future on the 21st of this month. Any guesses on what those might be?

Right, that’s the homework over with. Now on with the RPG news!

Brace yourself as the RPG Zine season is in full swing!

Marcelo Ferrari of Gamerati catches you up on the Altered Carbon Kickstarter, the Dishonored RPG and chats about the Activision YouTube deal. 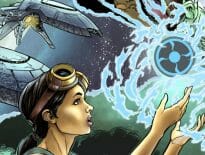 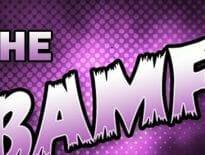