Osprey Roleplaying recently published Scott Malthouse’s Romance of the Perilous Land. It’s one of their first products and is an RPG set in a fantasy version of medieval Britain.

Real-life medieval Britain was a diverse land. In part, this was due to the Roman presence, which brought soldiers and merchants from all over the world. The first recorded African community dates back 2,000 years and to the village of Burgh by Sands which garrisoned a fort of African Roman soldiers.

Romance of the Perilous Land shows a group of adventurers, of different apparent genders and skin tones.

This week, Osprey had to respond to increasingly racist diatribes against the game and its cover. The problem? A person of colour in Britain.

The game also includes giants, sorcerers and other mythological creatures – none of which seemed to upset the racists as being “historically inaccurate” in the same way as the cover design did.

If you consider yourself a tabletop roleplayer of any experience, then it’s one thing not to know the history of the British Isles very well but quite another not to know magic and monsters aren’t real.

Geek Native spoke to Philip Smith, Head of Osprey Games, about their launch into RPGs at the end of the year, before any game had been published.

Smith was asked what in particular persuaded him to pick up Malthouse’s RPG. He said;

I was introduced to Scott (Malthouse) by Joseph McCullough, the designer of Frostgrave. Joe was a fan of Scott’s award-winning Quill letter-writing RPG, and let slip that Osprey was starting to give serious thought to RPGs. A few conversations later, we started discussing the possibility of bringing out a new edition of Romance of the Perilous Land (the original having been self-published as a PDF by Scott) – we really liked the system and the focus on folklore was right up our street.

Ironically, the attack by racists against the cover may have helped Osprey with the game’s launch. Far more people are now aware of the game than previously.

In an article about standing against racism, could you not use the term coloured?

I’ve changed the reference to “a group of adventurers, of different apparent genders and skin tones.” which, I hope, is more appropriate. 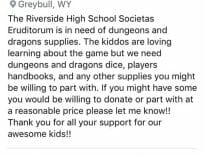 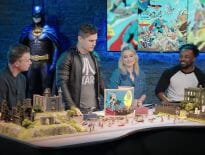