There are hundreds of short films, some animated, some not on Geek Native. They’ve been gathering for a decade.

It’s fair to say that some of these indie films, college projects and showreel pieces have survived the test of time. Whereas others have not.

Today, Geek Native is unveiling a new way to watch these short films.

How does it work? Each short film on the blog is tagged as a short film. As a result, you can go through the tag archives and scan for thumbnails or titles that might interest you.

The roulette is different. It’s random. The idea is; if you’re brave enough, click the roulette link and watch what’s surfaced for you.

At the bottom of every short video post, you’ll see a grey box with an orange teleport link in it. Click that link again, and you’re off to your next roulette hop.

Ready for a game of roulette? Use this random teleport link and the site will pick a video for you to watch.

Yeah, you’ll be familiar with this grey box. It is at the bottom of (an increasing number) of Geek Native posts. Usually, this box encourages you to leave a comment, or might randomly talk about something on the site, but in this case, all the short films are linked together through it.

Are you brave enough? Try short film roulette! and see where it gets you!

And yes, this particular project is very much inspired by the Covid-19 crisis that has people locked inside with time on their hands.

What do you think of this particular idea? Waisted hours and hours of tagging and coding for a feature no one will use? Or a good way to pass the time. 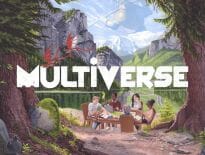 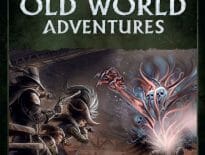