The timestamp on the Kickstarter says 2015 and the project’s creator is Stewart Wieck.

He had 18 active Kickstarters at the time.

Since Stewart’s death, his brother Steve, his widow Jennifer and Alan Bahr of Gallant Knight Games have been working to fulfil all those projects.

Five years after the launch of Aquelarre’s Kickstarter, 1,183 comments on the project and 76 updates, most backers have their books and Aquelarre is now available on DriveThruRPG.

Aquelarre, which means ‘Coven’ in Spanish, was first published 25 years ago. It’s set in the five kingdoms of the medieval Iberian Peninsula; Castilla, Aragon, Granda, Navarra and Portugal.

The game is not for kids. Some of the artwork is described as disturbing, and the setting is realistically historical and dark. It’s a fantasy game, though, with white and black magic.

As the name Coven suggests, this is an RPG about demons.

Carts full of corpses slide through the muddy streets of a deserted city. Monks copy manuscripts silently in their cold monastery rooms. A hammer falls again and again on glowing red metal in a blacksmith shop. Fragrant flowers perfume private courtyard gardens. Grim and silent soldiers march the dusty roads in search of enemies, both infidel or faithful. This is the world of the Middle Ages, which our ancestors knew, and which shaped our present.

But beyond this human world, in the most shadowy depths of the woods, in the loneliest cave, in the most obscure cell, in the dimmest chambers of the human heart, legends live. Here, demons haunt castles, elves skulk in the forest, alchemists concoct spells, and witches laugh and laugh around their campfire in a forest clearing bathed in moonlight, as the demon sitting among them raises his goatish head and grins, directly at you, dear reader, saying, “Welcome to the aquelarre; welcome to the coven.”

Originally written by Ricard Ibanez and translated by Lester Smith, Aquelarre is a weighty 568-paged tome!

The RPG uses a d100 system, with checks against characteristics and skills modified by experience. It has detailed combat rules, weapons and healing options.

The PDF is $24.99, but if you missed the Kickstarter and want DriveThruRPG’s print-on-demand service to produce a premium hardcover colour book for you, then that’s $89.99.

Asturies Medievalia is a full-colour supplement for Aquelarre with a focus on geography. Once again illustrated by Jaime Garcia Mendoza and written by Ricard Ibáñez, the supplement details the history of the Kingdom of Asturias, the creatures of Asturian legends, has new spells and five adventures.

You can pick up both books at DriveThruRPG; Aquelarre and Asturies Medievalia. 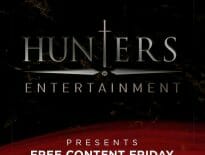