In recent weeks Geek Native has been talking to some game designs and supplement producers about the role of smartphones at the D&D table.

The Crawling hand dilemma was first introduced in a chat with Anne Gregersen, the designer of Monster Loot. While Monster Loot has a smartphone optimised version, Anne worries that players using their smartphones during the session might break up the flow of the game. Monster Loot is for DMs.

In other conversions, designers talked about the handy utility of having content that was easy to read on the small screen. First Phil Beckwith, author of The Haunt helped make this point, then Oliver Clegg of Killer Kobolds from Outer Space.

JB Little, the creator of Opus of Elemental Substance, makes an interesting point. JB points out that smartphones can be used to send discreet messages to the DM.

Not heard of Opus of Elemental Substance? As usual, I asked the author to introduce the title to Geek Native’s readers.

The “Opus” series was made to add new spells, 1st level through 9th level, of individual elements and types of magic. It’s a combination of new mechanics borrowed from other successful systems and familiar ones from other 5e spells. More tools in the toolbox for spellcasters and DMs never hurts.

I reached out to JB Little because Opus had hit Electrum Best Seller status at the DM’s Guild, making it a rare third-party supplement and because it had a phone PDF option.

Why is Opus of Elemental Substance selling so well? Once again, I put the question to JB;

The fact it has reached Electrum Best Seller is mind boggling because I’ve contributed this PDF to practically EVERY charity bundle that has released since I wrote it – I think a few thousand free copies have been snagged. I think that people really respond well to affordable options that EVERYONE at the table can use. Many know that I try to ensure a high quality of design in new features like spells, and I think that makes it a “safe buy” in a sense. And people love to blow things up in new and varied ways!

There’s no shortage of content in Opus. Which, I wondered, was JB’s favourite?

That’s a hard one… Probably Curtain of the Scorched Queen. I had this suite of very powerful spells I build around the idea of archmages, a King and Queen, who would constantly cajole and attack one another with spells. The curtain is an 8th level spell that costs 50gp worth of rubies, so I don’t imagine you’ll see it very often, but it makes a gargantuan wall of flame 150 feet long and 80 feet tall that lasts for 10 minutes. What’s even worse? The flames want to blister and repel you if you try to pass through them. It’s like a fireball hitting you in the face every round if you’re trapped by them.

But what about the role of phones? Should players be able to check them during the game?

Absolutely they should. I tell every DM I’ve ever taught or advised to ENCOURAGE phone use during their game: character sheets, spells, magic item apps, text messaging, whatever. Phone messages (and having your phone ready and in front of you) is an easy, non-embarrassing way to contact your dungeon master if something is bothering you in or about the game without causing a commotion at the gaming table. That privacy can open the door for a lot of players who would otherwise suffer in silence. It also lets Players chat about private in-character conversations that might eat up or waste table-time.

In all my recent conversations, this is the most enthusiastic support I’ve had for the smartphone’s role in a session of D&D. I wondered, though, whether it could go too far and what to do about it if it did. What would JB do if someone spent too much time on their device?

I’d talk to other players. We all have off days, right? If they have something going on, that’s not my business to adjudicate – I’ll just fill them in when they’re ready. I know it can be annoying to do over and over, but we really shouldn’t judge why people are using their phone unless they’re being disrespectful to their fellow players (playing loud music, watching videos, laughing loudly. It’s a game, not school.

What do you think? Are smartphones helping at the gaming table, or are they a distraction? 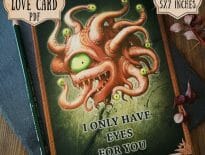 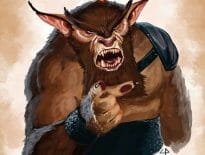