There was only one catch. Brault prefers “traditional-stats-at-top-left-corner” character sheet designs rather than the central layout the official Alien RPG character sheet uses. You might, too.

So, using Free League’s own Coriolis RPG as a template, he designed an alternative.

Benoit was kind enough to give Geek Native permission to host a PDF copy of the character sheet which you can download and use for yourself.

Geek Native was impressed with the alternative design. It’s colourful and memorable and yet still feels Alien-setting. Importantly, it’s easy to read and quick to find the section you’re looking for.

Character sheet design has become big business as the popularity of tabletop roleplaying games has increased. At the time of writing, for example, there are over 500 character sheet products for sale at Etsy.

Geek Native asked Benoit Brault for a little bio to go with credit for his character sheet design. You can tell he’s a native geek.

By day, Benoit Brault is a theatre technician but by night… well, that’s usually when shows happen so he’s a tech by night too. But on his days off, Benoit likes to play and tinker with roleplaying games.

Hi, I like the design of this character sheet but i needed a german version for my gaming group. Therefore I rebuilt this sheet from scratch using the german expressions. I would like to publish this german version for free for other gamers in germany. I would be happy if Benoit gave his permission to use his layout. Andrew, is it possible that you send me his email-address?

Hello and thanks for asking! I don’t have permission to share the email address, don’t want to start the trend either but if you pop over to this EN World thread you can DM directly yourself without the need for an email. https://www.enworld.org/threads/alien-rpg-custom-character-sheet.670147/#post-7925808 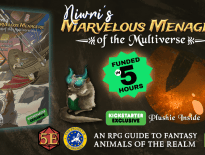 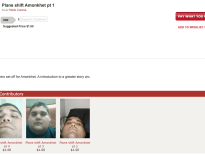