I know, it sounds like I’m about to cross a few boundaries here, but it’s not what you think. Instead, we are going to look physicality and the role of the GM. I don’t know whether I’ve ever expressly stated this before in a column, but my background was originally in devised theatre and performance.

Lately, after running an RPG with some of my old drama buddies, I realised that grounding in those techniques meant we do things differently to the way a lot of RPG games are played.

Let me ask you, GM, do you ever leave your chair? I don’t mean to get snacks or visit the bathroom, I mean during play.

Some shorter GMs (like me) often run battles stood up so they reach the minis, but have you ever thought of the impact it can have? The moment you stand and the players are sat, it calls attention to the narrative. I’ve recently been thinking a few of my combats are falling flat and I think it might be because I don’t stand up as often.

In the modern era, I frequently have players who need to see me through a screen and I’d kind of left it behind in the last six months. But I used to stand all the time. Why does it matter? Well, let’s break down some stuff about the tool you maybe haven’t thought much about during your games – Your own body.

Listen To My Body Talk

The human body is a powerful expressive tool. A massive amount of communication we do as human beings is done through body language. When portraying any character in the game world, it’s possible to use physicality to portray emotion and subtext in what a character is saying.

When you portray someone who is afraid of the PC’s, think about how you portray that fear, you’ll put a wobble in your voice, and maybe gulp a few times but also you might shrink in your seat, maybe look down, make sudden snaps of movement as if startled.

These things sort of happen naturally but being aware of them as they happen means you can chart them for use later. If you want the players to Work Out that a player is afraid of them, then maybe you can just use the ‘not looking them in the eyes, hunched shoulders’ approach but not channel the rest of the reaction. Then as a conversation progresses, you can bring in more elements.

This is why I suggest giving GMing standing up a go. It allows you to more easily channel a NPC by giving yourself room to think about how they stand what posture the exhibit.

For example, A recent NPC I ran had a secret that was consuming her. Whenever I portrayed her, I’d keep a heel slightly off the ground and always have her opposite arm or shoulder.

This gave a sense that she was defensively shielding herself by closing off her body with her arms, but was also ready to bolt at any time. They players never said anything about the body language, but their action showed they picked up on it. It’s worth investing the time in thinking about your own body language so you can add little details like this to the world.

Don’t worry about adopting physical traits on the fly as you get a feel for the NPC; often you have to ‘be in the skin’ of a character before you can do this. But beforehand, think about how this character communicates themselves in the world, what differentiates them from others?

For instance, if an NPC looks directly into a players eyes, this can portray a rawness of emotion, often characterising someone as overconfident, creepy or aggressive.

Once you’re up and moving you’ll find that this begins to manifest in interesting ways. You can actually enact parts of a combat so as to show players what you mean. You can move around the space like a stalking ghoul or jerk yourself violently to the floor in an interesting death scene.

The important thing here is not to use it to just draw attention to yourself. You are furthering the story, giving players a sense of ‘being there’ in tiny physical vignettes. It’s offering players something they can’t really get anywhere else, turning their experience into an act of theatre. Players are going to remember that moment you physicalise something because our brains record that stuff in a different way.

I’m Sure You’ll Understand My Point Of View

Here are some others thoughts about the use of physicality in RPGs.

Body Part: When designing a character you are going to play or improving one, a good technique is to chose the body part that leads the action. Maybe a goblin prisoner leads with their neck and as a result is all hunched up. Maybe a government operative leads with there nose and seems very straight-laced? Picking a feature that the NPC leads forward with can be very distinctive if not overused.

Contort: For monsters, move oddly and do things a normal body wouldn’t do. Curl your hands, hunch shoulders, move with odd speed or slowness. Breathe through your nose. Portray its inhumanity.

Animal: Another good characterisation shortcut is to pretend to be an animal that is like the person, and dial it back so you are left with odd movement tics or behaviours. This can be off-putting or hilarious.

Spend a bit in their body: If you know an important NPC is going to be in a game in advance maybe spend some time being them – get out of bed, walk around the house, maybe make lunch as this person. Get how they move correct.

Portray action: Try to work out how to use your body and hands to show stuff that isn’t just people’s movement. Nails scraped down a table can give an eerie effect. Using two hands to show where flying objects are in relation to each other. Deflating yourself into a chair during a debate scene gives the idea that the focus of this moment is smaller and more intimate if you’ve just completed a huge battle scene. Work out which signals you give off and work with them.

Response: Trying to respond physically first and then speak in character. This trains you to start doing it automatically and means you get better at it as you go along.

What not to do: NEVER touch someone without their consent. It’s just not a good idea. Even with people I know very well, I won’t touch. I might occasionally whisper close to their head (if we are familiar) but I will never touch without asking. Even if it wasn’t dodgy, it’s immersion-breaking. Also, try never to have a physical clue be the only clue you put into a game. It’s okay to think that the players are going to work out something is off due to the way a NPC reacts physically but some players just cannot read body language. They might be on the autistic spectrum or have sight problems or any number of conditions that inhibit this form of reading so you need to back up what you are saying with another response. For players who already suspect, this will be confirmation but for players who haven’t already twigged, it will be a lifesaver.

Also, make sure you feel safe. You using your body as a storytelling tool does not mean that you have to become a performing monkey or submit to anyone touching you back. Your body is your temple to the bardic gods, don’t let the heretics in.

I hope that gives you some food for thought and demonstrates a different way to portray character, especially for people who maybe feel like they can’t ‘do voices’. Next time on Genre Police, we are going to be looking at another avenue of presentation and asking if adding a couple of letters to the front of our hobby has limited our ability to visualise the medium. There will be no more Olivia Newton John quotes. Promise. 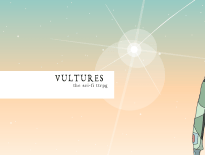 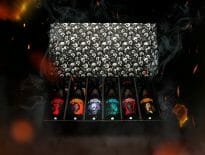