Dream Realm Storytellers found critical success with Svilland. That’s to say Geek Native wasn’t the only site to write up a positive review of the brutal 5e Viking setting.

The young publisher then went on to a new Kickstarter project, a book all about evil in the form of Corpus Malicious for 5e.

The adventure features the struggle between the protector Vanir Freyja and the Helheim’s cold goddess Hel.

Centuries ago, the people of Svilland migrated from north to south, to the present day Svilland. When they first settled here, they encountered a trail of war and a great civilization that this war left behind. The fear of the great terror that caused them to escape from the north had been replaced by something else on the lands of Svilland: The fear of Vanir.

However, over the years, Svillanders understood that another power was protecting them apart from their own gods, it was Freyja, a Vanir goddess who protected them.

Dream Realm Storytellers are promising that Frejya’s Tears will stand out from other pre-written 5e adventures.

There will be new rules; in particular the Warband.

Also, there will be new boss deigns and dynamic encounter designs. Dynamic encounters and dynamic maps are all the rage in computer games. Why try and pre-design everything when you don’t know what the players will do? A dynamic system adapts so there’s always fresh and sensible content available no matter what catches the players’ attention. At least, that’s the theory.

The Warband, though, gets special attention. Dream Realm suggests that the typical D&D adventure design hurries characters through adventure and doesn’t necessarily build parties. The Warband rules will add in relationship charts, party traits and even friendship boons.

As you’d expect, Freyja’s Tears is lined up for Kickstarter later this year.

You can read more about it over at DRS’s blog. 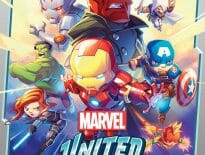 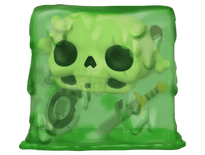