Cortex is the RPG system owned by Fandom, that’s the company behind all those fan wikis and which runs D&D Beyond.

Formerly, Cortex was owned by Margaret Weis Productions and was the system that powered quite a few TV and film franchise adaptions of RPGs.

Cortex Creator Studio means that in the future you can create any game you like, in any setting, any world (providing you’re not breaching someone else’s IP), and sell it through Fandom’s digital marketplace. You get (some) of the cash and retain all the IP (intellectual property).

It sounds like a good deal as Fandom will be able to leverage an impressive marketplace via their network of wikis and online estate.

However, the news wasn’t warmly received by all. The Cortex Prime Kickstarter had an estimated delivery date of April 2018 and it’s still not delivered.

The acquisition by Fandom may have slowed things down in the short term, but there has been plenty of activity since then, and creator Cam Banks is pretty active on the community’s Discord.

The Cortex Creator Studio is not a re-do of the Kickstarter’s promises, the team has reminded backers and isn’t new. The main change is the decision not to use Onebookshelf, but to use Fandom’s resources. We’re also reassured that the work on getting Cortex Creator Studio to where it is today has not further delayed the main project. However, it is understandable that backers are frustrated with a project that’s years late. 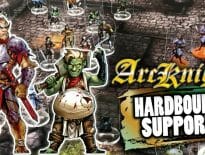 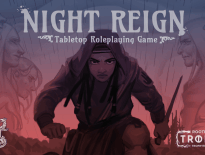