It’s Friday, and the big news here at Geek Native HQ this that nerdy blogger will soon be on the move. A new apartment has been secured and it’s terrifying.

August maybe a month of disruption as PCs and books are packed, put in a truck, unloaded and then rebuilt on the other side of the harbour.

Hopefully, disruption will be kept to a minimum, and it seems to pale in comparison to the logistics of moving crates of RPG books around to stores, conventions and warehouses!

As it’s a new month the RPG Publisher Spotlight is open for Patreon votes. The candidates for September are;

The winner for August is Trash Mob Minis.

Also, hopefully, it’s been a good few weeks for Patreons. There’s another gift available in the shape of The Gunblade.

I was so sad when the Modular Realms magnetic terrain didn’t reach its target but they seem to have gone away and really thought about it and they hit their target within 12 hours of relaunch.
Hoping to get all the stretch goals unlocked, I want all the free tiles! 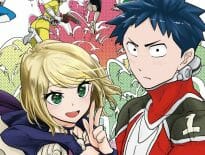 Anime When you fancy the baddie: Love After World Domina… 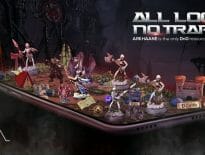