This is Audio EXP for the 27th of November 2021, and the title of this episode is “Black Cyber weekend”

[The following is a transcript of Audio EXP: #124]

On Geek Native, you can read the interview with Alan Bahr of Gallant Knight Games.

He thinks GKG is best known for TinyD6 and would like to be known for paying people a livable wage.

We also talked about the community and fragmentation of RPG audiences. Are many small communities greater than the sum of the parts, or does it just make it harder for publishers like Gallant Knight?

We also talked about Gallant Knight’s no harassment policy for gaming conventions.

That interview was finished, posted and shared long before the news that Mandy Morbid has a new Go Fund Me for legal fees.

I Googled the phrase “Black Cyber weekend” before this podcast and “Cyber Black weekend”. Neither seems to have dedicated articles, but I’ve seen the term a lot. I like both.

It is, of course, a portmanteau of Black Friday, a sales crush from North America that follows Thanksgiving and Cyber Monday, the online rush that follows the weekend.

The whole weekend seems to be scooped into that days, and neither sale is exclusive to the States. It’s a four-day shopping fest. It’s Black Cyber weekend.

Other than that, it’s been a relatively calm geek news week, and that makes sense. Even Kickstarter was slower than usual, and I added only 25 project launches to week 128 of Geek Native’s Kickstarter tracking. That compares to 43 the week before.

One bit of news worth discussing early is the impending price hike on the Arcadia magazine from MCDM and Matt Colville. That goes from $7 to $12.

Patreons get it for free, of course, but the $5 tier will be retired when the Arcadia price increase comes into effect. You’ll be able to join for $10 and up after that.

However, there is something of a workaround. You have until December 1st to grab that $5 slot, though Patreon is very slow to process new sign-ups, so I recommend doing it this weekend if you want to back MCDM. If you do, you can support them for $5 a month, get Arcadia as part of that deal, and get it forever at that price.

You’ll be locked in as if you leave, even briefly, you can’t get back in at $5, but you are getting that popular 5e zine for less than half price.

While we’re talking about annual weekends and deadlines, I really want to mention a Spirited Away perpetual calendar I found on Etsy. You can see it on the blog, links to it can be found via the transcript, and I admit I’d never heard the phrase before.

Lining days with dates and months means some calendars can’t be used from one year to another. May 10th may be on a Friday in one year and a Tuesday on another.

A perpetual calendar uses a design to avoid that. The one I found is a lovely diorama. It shows Chihiro and No-Face sitting together and uses cubes with dates, days and months written on them as the calendar part. You can rotate those cubes to show the correct month, date and day combination.

And it looks great.

What else looks great this week? Well, some new game announcements caught my eye and some free quickstarts. Let’s do the new games first.

First up, Firelock Games have announced an RPG called War Stories. War Stories is set in World War II and around D-Day.

It’ll use Free League’s Year Zero Engine. It’s as hard to name another Firelock Games RPG as it is to name non-Free League Year Zero RPGs, which makes the game interesting. Aside from that, it looks pretty good from the few teasers we’ve had, and there isn’t a surplus of war RPGs out there.

Another game, due next year, that looks great is Shield Maidens from Mongoose.

Get this for a mashup; Viking meets Cyberpunk.

In the game, the characters are Shield Maidens, who try and protect the nine realms even though the gods are locked in war and no longer pay humanity any attention.

A set of D&D adventures caught Ed Greenwood’s eye and earned his recommendation. Greenwood created The Forgotten Realms, is still a popular contributor to the D&D community, and so his callout caught my attention.

The adventure in question is Kryptgarden Ascendant. It’s part three of three, and you can find the other two via the blog.

Kryptgarden is a canon part of The Forgotten Realms and its home of a particularly nasty green dragon.

If you want to sample without splashing the cash, then I’ve four suggestions for you.

The first up is a 5e game coming from Greece. It’ll be on Kickstarter next year and is called Soulmist.

The free beta is The Fate of a Soulspark. It’s a chance to sample the game, and you get to vote for what happens in the story.

It’s a dark fantasy in every sense. The world here has become locked so that one side always faces away from the sun. From that forever night, new horrors are beginning to emerge.

Due on Kickstarter very soon, within days given the preview is happening at Dragonmeet, is Leyline Press’ mecha game Salvage Union.

The quickstart of that is out. That’s over 40 pages for a game in which your HQ is a roaming mecha, and you plod, drive or trundle around the wastelands trying to survive through salvaging.

Then there’s Shardstone Assembly’s Scavenger. The PDF for the full game has been out for a year, the Kickstarter is very late in delivering the print books, but the quickstart reminded me how good it looks. That’s why I backed it.

There are two worlds in this, connected, and one is a bronze age fantasy and the other something far more alien.

The final free to download quickstart is Magpie Games’ Root TTRPG. This quick start from Free RPG Day has basic rules, factions, pregenned characters and enough to get you into the Woodland war.

If you think that’s a lot of free quickstarts, then you’re right, but I suspect it pales to the number of geeky retail discoveries I made this week. I blogged only a handful, only the best, but still many.

Since we already do bundles in Audio EXP, I won’t do many more here, but I want to talk about some macro stories.

One is survival through a change story. Nearly.

The latest deal is an acquisition by the UK retailer MenKind. They’ve bought the stores, stock, website and customer details from Hawkin’s previous owners. The site Stocking-Fillers.co.uk was part of the deal.

Surely that means the Hawkin’s Bazaar brand is on the way out too. It’s just until the retail locations are rebranded to MenKind. It’ll be good news for any staff still employed there, as I hope it means some job security although behind the scenes staff never benefit from a merger. You only need one head of HR, for example, only one CFO.

Should we get sentimental about a brand? I suppose it depends on the brand. Hawkin’s is a name I recognise, but not one that provokes strong emotion. However, what evokes strong emotion in me is the urge to keep up the competition, shop local and indie when I can while not killing the planet through brutally inefficient shipping and transport.

Transport and logistics is my other macro note. I’ve blogged about a free tool from a not-free parcel delivery service called Parcel Hero that lets you work out when the Christmas delivery cut off dates are here in the UK. All being well, we’ve weeks left, but some retailers in the electronics sector are the exception. You’re already cutting it fine.

In the same article, I spotlight the all-power Amazon and call attention to some popular toys that are very likely to sell out even there.

Again, links and all via the transcript.

I also took a stab at doing a story around geeky subscription services.

There’s a site called Whirli that lets you trade toys with other parents as a service-subscription model. There’s MEL Science’s kids’ box which sends regular brain-boosting toys and projects.

However, I got some data back from Pop in a Box. Therefore they were the dominant feature of the story, and I ended up trying to make the case that it is better to send 10 £10 gifts throughout the year rather than one £100 gift in the commercial craziness of the end of the year.

I know that means more deliveries, but planned deliveries are different as retailers can look for efficiencies in their stock keeping and logistic management.

Pop in a Box let me know what, in relative terms, their most popular subscription boxes are. Here’s the top five in reverse order.

Since we’ve gone fully retail, let’s get into those sales and bundles.

At the time of recording, and although Paizo is doing something with their own store, there’s no Pathfinder Infinite sale. But there are Black Friday and Cyber Monday, Black Cyber weekend if you will, deals on at the Storytellers Vault, DMs Guild and DriveThruRPG.

When I did an early analysis of the best sellers it was the OSR Cepheus Deluxe followed by Stars Without Number selling the best at DTRPG.

At the DMs Guild, the top two were The Wild Beyond the Witchlight Complete DM’s Bundle & Map Pack by Eventyr Games followed by Exploring Eberron by Keith Baker.

A D&D merch discovery is the news that Fun.com has a D&D Merch section now. I saw Black Cyber weekend deals on the official D&D umbrella, D&D Monopoly and others. Sadly, the claw-dice and gelatinous cube ornaments weren’t part of the discounts and that’s what I wanted the most.

There’s music to start off, and if everything is as promised, the Mighty Game Music pack from Fanatical isn’t just music designed to be backing tracks to your RPG game night but is licensed appropriately to be used during streaming.

I’ve linked to that license in the blog.

There’s also a 3D printable adventure set, with files for minis and 5e stat blocks for them.

Then, at the Bundle of Holding, there’s Indie Cornucopia 9. That means small press titles like Against the Darkmaster, Ultraviolet Grasslands and Ironsworn Delve.

Liminal the urban supernatural mystery RPG also has a single-tier bundle all of its own.

Lastly, Al Seeger’s Point of Insanity Game Studios set up a bundle. Al wrote for Geek Native a few times many years ago.

This is a charity bundle with all money going to support the Christmas Parade car crash survivors that so horrified America. Al has connections to the area.

On that note, let’s wrap there. Keep safe; masks are cool; stay warm, and see you next time. 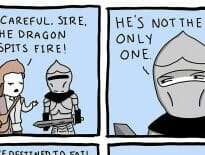 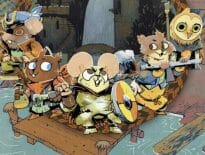