Do you hate it when someone manages to use the rules of an RPG game to make a character that is fully over-optimised?

One that does sick damage and can back up the epic speeches they make with actual actions? Sometimes the player is a little bit smug about it? I used to be you. Then, while GMing a player with one of these characters, I had a revelation.

I prefer this to a player who hasn’t really considered the rules but has such a solid idea for their character, they never compromise it. Or harm party members. Or are so far into joke territory, the immersion is damaged.

It’s a simple equation. What’s more likely to pull you out of a scene talking to villagers about their wererat problem, one of your companions being a competent hero, or bozo the clown squeaking his horn and making puns all over the shop?

Now don’t get me wrong, I have time for the Bozos of the world when played correctly. I currently have a very charming Tartan wearing goblin magic star girl in one of my games. They are often the source of comedy. But when it calls for it and the scene is serious, the player knows exactly how to make them more grounded and emotional. It’s an important skill.

So why am I talking about all this?

Well, we are continuing our look into the supposedly ‘standard terms’ I surveyed a large player base about and I in the last article, I talked about metagaming. Today I want to look at something that is almost the ‘anti-meta’ when it comes to terms – The Wangrod Defence.

I originally put this term on the survey to see how much of the discussion around terms is shaped by the internet. ‘The Wangrod Defence’ is a term coined by popular YouTuber Matt Coleville. I had assumed everyone knew who he was, and therefore this would be a well-known term. But it turns out it was almost unheard of. Apparently, internet discussion isn’t as ubiquitous as I thought. Which is a shame, because this term is one we have needed in the community for a long time.

To summarise Coleville, The Wangrod Defence is when a player uses ‘But that’s what my character would do’ as an excuse for problematic behaviour.

The paladin who attempts to kill other party members. The lone wolf gunslinger who keeps leaving his posse alone when they need him and is hard to get on with. The arrogant wizard who is constantly berating other players long after they should have softened. Bozo setting fire to another thing because YOLO then giggling. It’s called the Wangrod Defence because the person using it as an excuse is undoubtedly being a complete penis.

Last article, we talked about ‘good’ and ‘bad’ meta and why it’s okay sometimes to step outside the game. I think ‘The Wangrod Defence’ is the perfect example of what happens when we refuse to view the meta.

So wrapped up in the idea of playing our character to the hilt, we lose track of the fact we are playing a game and that the game has other players. We blindly ignore this meta-text and lose ourselves in pursuit of character.

The stance is so ‘Anti-Meta’ that we not only lost track of what makes a good game but also what makes a good narrative. Good authors don’t let their characters run roughshod over events. They find ways to allow them to compromise and change.

When you feel backed into a corner as a player, a good measure is to someone think to yourself, ‘Is there anything else my character could have done that would have made for a better story for everyone?’.

When we think about metagaming, we have to realise that it gives a space to examine the actions of character without that character’s ego present. That’s a crucial tool to become better players and GMs.

So what about the optimised builder?

We have so many words for people who make optimised builds. ‘Munchkin’, ‘Minmaxxer’ and now ‘Meta’.

The important thing to remember is that behind that optimised character is a human player. Maybe they like fitting mechanical systems together well and seeing the results. Maybe they need this level of power because they don’t get it anywhere else. Maybe they just like playing a game about heroes as a hero, rather than making a big impressive speech and then being betrayed by their dice?

If the issue is one of balance, then sure, have words. Make it clear that the player has done a really good job of using the rules as they were intended but it is making everyone else look bad/wrecking the game and work from there.

But otherwise, is there any harm in letting someone live out a power fantasy? It’s not their fault the game designers overlooked some combination of powers or such.

Truth is a good build, or an average build does not a good or bad character make. Or player, for that matter.

The idea that making a stronger character is now being talked about in the same circle as using plot knowledge your character would not have is a weird false equivalency that we have all just sort of allowed to progress. These are kind of separate things that need separate terminology.

The other thing to remember about the optimised character is that it’s only optimised against other players. The GM has a rule saying that can’t just invent something whole cloth to squish them. But a player who refuses to stop acting a certain way is a problem a GM will struggle to fix.

Building an optimised character isn’t actually meta. The issues they might create are all inside the system of the game, after all. So, next time someone tells you about their awesome build, maybe listen and ask about why they did it, engage the metaspace as a way to talk about character and them. You might learn about the player as well as the character. Or make them think about the game in a different way, the way you see it.

Next time we are gonna take on big stuff, where we talk about railroads, sandboxes and crawls. Not necessarily in that order. Or any order. Because that would be railroading.

Yipes! What is this article even about? I think the biggest problem I have with this piece is that, in many ways, the author’s biased implication that min/maxers tend to have a certain personality and generally bring a negative experience to the table. On top of that, min/maxing is emplied to take advantage or otherwise arbitrage mechanics in an RPG system which I just don’t agree with. Holistically, these characters are better in some things and not as good in others, just like any other PC. “These are kind of separate things that need separate terminology.” Terminology? Goodness, whatever happened… Read more »

Hello, so I think you may have interpreted the article a little differently to my intent. I am actually saying here that min/maxing is often assumed to come with a set of behaviours and that if we look past that, we can see that there are other ways to play that are more harmful – often sticking to a unsocial character choice and refusing to change for the group is more harmful desicion than whatever number you put on the sheet. Sorry if that is less than clear from my take, but I actually sort of agree with you. Yes… Read more » 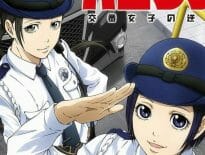 Anime 17 volumes of manga later, and Police in a Pod fin…