You are here: Home / TV / Joe Manganiello hints at a big D&D project

In the press event for FunKon the hybrid expo from Funko, actor Joe Manganiello teased at a pretty significant D&D project.

The Moonhaven and True Blood star is a known D&D superfan who plays Arkhan the Cruel, a Dragonborn with the Hand of Vecna and canon D&D since Baldur’s Gate: Descent into Avernus.

Nothing released about the current D&D movie relates to either Arkhan or Vecna. Still, Geek Native once linked the two after one possible leak mentioned Palarandusk and the Triadic Knights.

Manganiello didn’t elaborate. When asked about D&D collaborations, all he reportedly said was;

There is something in the works right now that would take all of my attention and time,”

If that “something” is a D&D-something then that sounds like a non-trivial project.

Funko does have ties to D&D. There are official Funko D&D Pops such as Asmodeus, Minsc (and Boo) and even a Strahd. Sites like PIAB have Vox Machina Pops as well.

In addition to the D&D movie, there are at least two TV projects in the works. One is being written by Andrew Cosby who co-wrote Eureka, and the other, complete with hints of the Underdark from John Wick writer Derek Kolstad. Either could accommodate Manganiello.

The virtual part of the hybrid FunKon run today, tomorrow and the 6th with promotions and exclusives. 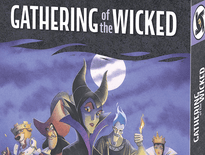 Tabletop & RPGs Werewolves, except Disney! Zygomatic invite you to… 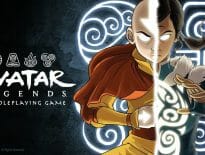