You are here: Home / Games / Tabletop & RPGs / Free to Download: Supernatural correction of The Unworld Mysteries

The Unworld Mysteries is an entirely free, alpha release of a supernatural, fast-paced and rules-light noir RPG.

The roleplaying game is driven by Gumshoe principles, characters investigate in a sandbox, and the mystery will twist as the action unfolds.

Lovecraft meets the X-Files, or, as the game itself encourages us to imagine the Unworld as 50% The Force and 50% The Upside Down from Stranger Things. It is both a place and an ever-present force. The Unworld is also an infection that shouldn’t be. It’s a broken thing that spreads and corrupts. It must be stopped.

One of the stats players track is Corruption. Exposure to the Unworld causes it. When a character is at risk, they have to roll a d6, and if the dice total is equal to or lower than the current Corruption score, then it goes up by 1. At Corruption 6, the character takes a Major Trauma. Too much Trauma will take a character out of action.

Another excellent mechanic is Fortune. Characters also have a Fortune dice, and if they want to re-roll any result, they can, but they must also roll their Fortune dice. As long as the Fortune dice isn’t a 1, then the new roll counts.

On a roll of a 1, something terrible happens, and the Fortune dice is reduced by one size in any case. In other words, a d10 Fortune dice becomes a d8, a d8 would become a d6, and a d6 becomes a d4. When a player eventually rolls 1 on their d4, after their luck catches up with them and that bad luck strikes, their Fortune dice resets to the d10.

D6 are used for the game’s main system, and success is pretty automatic as The Unworld Mysteries’ design does not want the game to get stuck. However, insight requires higher results than a mere “You can continue with your investigation/fight” style success.

Designer Tom Gray says the game is in alpha release, but it feels pretty complete to me and weighs in at 10-pages. The default setting is 1900s noir-ish detectives so GMs won’t have to worry about mobile phones or the internet.

Future plans for the game include clearing up the player facing material already published and the addition of GM documents, such as procedures and random tables to reduce any prep time to as close to zero as possible.

I think it’s one to watch!

Free to Download: Supernatural correction of The Unworld Mysteries 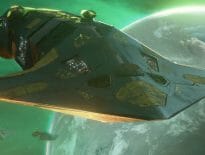 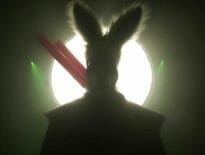