Outland Entertainment, fresh on the back of the lo-fi RPG Tombpunk designed by Alan Bahr, has announced they’ve bought Michael Rookard’s Galefire series.

Galefire is a stylish word of swashbuckling of open skies magic.

The publisher plans a roleplaying game, comics and illustrations.

A premiere of the comic book is scheduled for Planet Comicon in Kansas City in August.

The 5e-powered Galefire RPG will get a Kickstarter campaign, and that’s scheduled for late 2021 or perhaps early 2022.

Talinoth, a magical world once ruled by tentacled enslavers, demons, and elemental deities, is now at relative peace – besides the monsters of course. A renaissance, even, as the various sentient species work together for a better future. Bounties are plentiful for our heroes, the Crimson Corsairs, their vault full of imperial gilt and Golden Era loot (supposedly), as they set off once again for adventure! 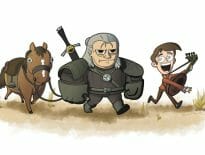 Geek Stuff Which musical instrument feels the most appropriat… 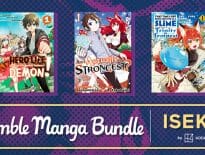