You are here: Home / Geek Stuff / Sites / D&D Beyond cancels anniversary competition after a backlash

D&D Beyond’s Frame Design Contest has been cancelled after artists expressed it asked for too much and offered too little.

The digital content platform had offered a grand prize of the D&D Beyond Legendary bundle and pigment pack digital dice set, a runner-up prize and prizes for the top 10.

In exchange, it wanted art submissions. Those submissions would remain the property of the artists, but the terms and conditions also let D&D Beyond use the art.

D&D Beyond acknowledged the issue, noting that the community thought digital prizes didn’t match the effort from the artists or the potential value the site could get from free submissions.

Members of our community raised concerns about the contest’s impact on artists and designers, and the implications of running a contest to create art where only some entrants would receive a prize, and that the prize was exclusively digital material on D&D Beyond. Issues were similarly raised with regards to the contest terms and conditions. Though the entrants would all retain ownership of their design to use in any way they saw fit, including selling, printing, or reproducing, it also granted D&D Beyond rights to use submitted designs in the future. We have listened to these concerns, and in response closed the competition. We’ll be looking at ways we can better uplift our community, while also doing fun community events, in the future.

D&D Beyond will not be the first RPG member to find that competitions are hard. Geek Native runs them often and you can find them from the tag page. There are three live currently and are being disclosed an awkward disclaimer/conflict of interest/opportunity/empathy!

It’s genuinely hard to get people to enter and virtually impossible to “get value” from the competition has the host, especially if, like Geek Native, you avoid asking entrants to spam/tag their friends.

However, asking artists to create for free and then allow commercial use of art is a well-known taboo, and the community clearly felt as if D&D Beyond should have known to avoid designing the competition in that way.

There is a competitions channel on the (still in soft launch) Geek Native Discord where community members share competitions they discovered and liked, or have launched.

D&D Beyond cancels anniversary competition after a backlash 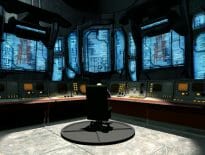 Geek Stuff If you were a supervillain, where would you make y… 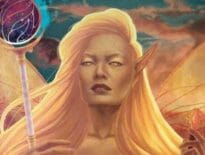