Well, well, what an end to the week! Whatever drama Wizards of the Coast can create, TSR Games can do it better. I think that’s the pitch.

I don’t mean the original TSR Games or even the one followed afterwards to publish the Gygax Magazine. I mean the third new one Justin LaNasa and Gary Gygax’s son Ernie Gygax. Having plucked the trademark up, those two are letting the second TSR Games carry on.

No wonder we were confused.

Let’s hope no one throws fuel on the fire by airing a YouTube interview full of incendiary comments. No, too late.

In all this drama, it’s easy to miss a new D&D game being announced and by WizKids. It’s being sold by DnDMinis, a site I speculated on previously as having a potential role in Wizards of the Coasts new physical medium games.

These RI: RPG news summaries are getting longer and longer, aren’t they? However, I think the new bundle section has some value. This week there’s savings of $34.55 (70%) with the Fantastic Adventures Volume 1 and $17.95 (31%) on Onyx Path’s V5 Cults of the Blood Gods. Not to be sniffed at!

However, do let me know if you think we’re getting too wordy here. With that in mind, let’s speed to the rest of the RPG news! 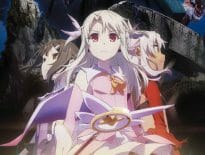 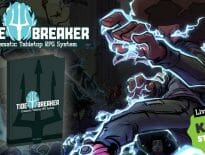