A Kickstarter will be used to fund a primordial horror and mystic awe. It’s a setting without taverns to retreat to, rest up and heal. No shops, guilds or patrols. Instead, there’s utter wildness where the only law is survival.

But at the same time, nothing is as you expect in Planegea. Elves are shimmering dream-walkers, dwarves are half stone, humans are beast-tamers, halflings are silent stalkers, gnomes are filthy scavengers, and dragonborn are just a heartbeat away from their draconic ancestors. Planegea rises out of our earliest ancestral memory, a world we can barely recognize, which holds all the adventure we can imagine.

There’s a free quickstart that weighs in at 29 pages and can be downloaded here.

While there’s no art in the preview, there is plenty of it on the comprehensive Planegea product page. There’s also the Atlas Games mailing list for launch alerts. 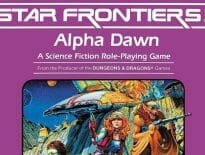 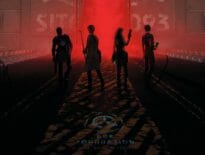