Amongst confusion as to whether TSR is back as TSR Games or just the previously established TSR Games finding a new lease of life, the company has announced a new game.

Star Frontiers is an old game returning. The original Star Frontiers was published in 1982 by TSR and was a sci-fi setting in which four sentient races formed the United Planetary Federation and used The Void to travel between worlds.

Today, on Facebook, TSR Games revealed that “Star Frontiers” is a reboot of the original game and that the famous artist Larry Elmore is involved. More details say TSR is coming.

Accompanying the announcement is a cover image of The Original Star Frontiers: Alpha Dawn RPG. It carries the old TSR Logo and Dungeons & Dragons too.

There’s no suggestion that this new TSR re-authored Star Frontiers is a 5e game, but there is now the possibility of confusion. It’s a demonstration of just how tricky it’ll be to use the TSR name to publish old TSR products without upsetting Wizards of the Coast, who own and control Dungeons & Dragons. 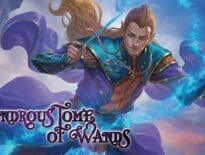 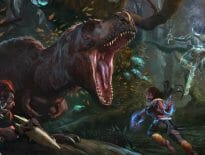