You are here: Home / Games / Tabletop & RPGs / The ultimate guide to buying and selling magic items in 5E D&D

Eventyr Games has about a week left to run on their first Kickstarter Wanderer’s Guide to Merchants & Magic (5E).

How’s it going? Well, they asked for €2,500 and currently have about €75,000 pledged. Supporters will get a sourcebook with ready-to-play magic shops, rules for trading and a price list for popular items.

Clearly, the basics of buying and selling magic items in D&D 5e is something that many people feel as if the core rules could go further on.

Fortunately for us, and in time with the Kickstarter, Eventyr accepted Geek Native’s invitation to put together a guide.

Can I buy a magic item?”

Magic items play a huge role in 5e D&D – and I love handing them out to my players. But answering even simple questions such as what an item costs in 5e, where and from whom it can be bought, and how to haggle for a better price, is no easy task for the DM due to the lack of official rules and guidelines for doing so.

In this article, we’ll dive into how to price magic items and run a unique and memorable magic shop filled with mysterious items that the players can spend their hard-earned gold on!

According to the 5E Dungeon Master’s Guide, “unless you decide your campaign works otherwise, most magic items are so rare that they aren’t available for purchase.” Buying and selling magic items is thus “likely to remain similar to the market for fine art in the real world, with invitation-only auctions and a tendency to attract thieves.”

So, on the one hand, it seems that the official ruleset is trying to make the trade of magic items into something mysterious and magical. On the other hand, the rules provided for buying and selling magic items in 5E only extends to rolling a few dice as a downtime activity. Hardly the unique experience you’d expect the purchase of a magic item to be.

Restocking rations or buying a new rope may be fine to simply handwave, but D&D is a roleplaying game, and buying a one-of-a-kind weapon or selling a unique amulet that allows you to travel through the planes of existence should (in my opinion) be a fun and exciting roleplaying scenario!

Due to the lack of official rules and guidelines, facilitating such an endeavor can put a lot of pressure on the DM, who needs to come up with answers to multiple questions on the fly: What magic items are up for sale? What do they cost? What does a shop look like? Who runs it? And how is the shop protected from long-fingered PC’s?

An important thing to consider when running a magic shop is how to convey that the PC’s are dealing with something extraordinary – and that requires you to not only think about and describe the magical merchandise in the shop but also the merchant behind the desk and how the wares are protected.

An innkeeper who isn’t selling anything of particular value doesn’t have to be very powerful, but a merchant dealing in rare, magic items would either need to have powerful defenses, be powerful on their own accord, or have a strong companion protect their wares. Otherwise, the player characters may decide that it’s easier to rob the shop than to slay a dragon and buy the items they want with the treasure hoard from it!

Maybe the merchant is an ancient fiend with a highly observant companion. Maybe the shop is covered in a glittering forcefield of protective energy. Maybe every item in the shop has a magical enchantment that must be removed before the item can safely be taken away from the store without triggering a magic trap or an alarm – like a security chip being removed at the counter when shopping for clothing in the real world.

The magic items don’t even have to be physically present in the shop and could instead be projected as illusions to the customers while the shopkeeper keeps them safe somewhere else entirely.

One of the merchants in the new sourcebook, Wanderer’s Guide to Merchants & Magic, for example, has her shop set up in an extradimensional space that can only be accessed when she is present. This not only works as a protective measure but also makes it easy for the DM to convey the mysteriousness surrounding the shop as the PC’s walk into a room many times bigger than it seemed to be from the outside!

As for who runs the magic shop, you can use the same approach as when designing other NPCs: What’s their motivation, their personality, do they have a quirk that makes them stand out in the memory of the players, and do they have biases that could make it harder or easier for specific PC’s to bargain for a good price?

The merchant could, for example, be a Dragonborn who hates rogues and thieves (after losing two fingers to a burglar years ago), or it could be a frost giant with a huge passion for the great outdoors who is likely to offer a character that shares their excitement heavily discounted prices.

In Wanderer’s Guide to Merchants & Magic, one of the merchants is a goblin driven by her wish to become accepted by noble society – meaning that she could decide to give a PC with a noble heritage an item for free if she thinks it could improve her own position in society.

One of the most time-consuming parts of setting up a magic shop is deciding what items are up for sale.

To do so, you must go through the Dungeon Master’s Guide and consider what magic items your players would want and what items would make sense for a specific merchant to own while also preparing enough items for you to be able to describe it in a natural way when the PCs (inevitably) start asking what’s in the shop.

This is why each of the items offered by the 20+ ready-to-play magic shops featured in Wanderer’s Guide to Merchants & Magic also comes with a short description that the DM can read aloud for their curious players.

A notoriously hard part of dealing with magic items in 5E has to do with pricing them.

Every magic item has a certain rarity (common, uncommon, rare, very rare, legendary, or Artifact) which is supposed to work as a rough estimate for the item’s relative power level and help set the price tag on it:

While using the relative power of an item to determine its price is logical, rarity doesn’t always reflect how powerful or useful an item is in 5E.

For example, a pair of winged boots are uncommon (meaning they are worth 101-500 gp), while a potion of flying that can only be used once is very rare and costs 2,500-25,000 gp (consumables are worth half that of a permanent magic item). This means that you could, in theory, trade one of these potions for at least five (and up to 250) potions of flying if going by the official rules!

One solution is to just accept that rarity reflects an item’s value and go ahead and change some of the official rarities of specific items accordingly. Another solution is to detach value from the rarity and instead base an item’s value on your own subjective perception of supply and demand and the item’s power. However, this means you’d have to price each individual item at the table, which is easier said than done.

Wanderer’s Guide to Merchants & Magic takes things a step further in this regard by providing individual prices for all the most popular magic items in 5E based on a combination of their rarity and their power level.

To give you an example of what that looks like, take a look at the inventory list in our 5-page sample of the book, and you’ll quickly notice how the prices on items differ when they are priced individually.

Whether you end up pricing magic items individually or go by rarity-based prices offered by the official rules, the characters’ interaction with the merchant should also impact the final price tag on an item they’re buying or selling.

An easy solution if a player is buying an item is to start a negotiation with the maximum price for that item (based on either its rarity or a set, individual price) and then letting the players bargaining skills determine how low it can go from there.

The DMG doesn’t provide hard rules for bargaining, but as a general rule of thumb, discounts of up to 50% should be attainable – and should be factored in if you choose to set individual prices for each item!

In Wanderer’s Guide to Merchants & Magic, we’re introducing a new set of detailed rules for haggling and bartering for a better (or worse!) deal that includes any biases a merchant may have, but as a quick workaround, you can allow players to haggle by making a Persuasion or even Performance check, perhaps with an opportunity for advantage or a lower DC if the merchant takes a liking to them.

As for selling magic items, it’d make sense that the characters’ best possible sale price is half the listed maximum price, and, if going by rarity, you can start out with the lowest price range for that rarity to avoid over-inflation and PC’s constantly swapping items.

Magic items play an integral part of most D&D 5e campaigns, and in most cases, players will want to sell and buy them at some point. However, as written, magic items are so rare that the magic shops we have come to know from previous editions and other RPG’s are next to non-existent in the official 5E material.

Besides the issue of pricing specific items based on their rarity, dealing with magic items is often reduced to a few rolls on a table and some gold spent during downtime rather than meaningful and memorable encounters.

The best way to change that, in my opinion, is to introduce authentic magic shops with sample lists of magic items, price estimates, and flavorful merchants with quirks and biases that make trading magic items worth thousands of gold into fun and engaging encounters for everyone, including the DM.

Our new sourcebook Wanderer’s Guide to Merchants & Magic does exactly that by bringing 20+ ready-to-play magic shops brought to life with beautiful art, +100 new magic items, rules for haggling and bartering, and sample price lists of the most popular magic items in D&D 5e to your table! 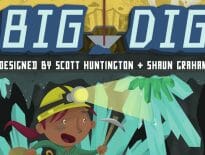 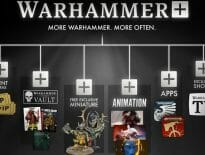