SIXMOREVODKA made DEGENESIS a free download last year. I think the hardcore sci-fi is worth splashing the cash to get it in hardback if you’re lucky enough to find them.

Now, SIXMOREVODKA has released another freebie for the post-apocalyptic RPG in the form of the Last Watch scenario.

The 28-page download is set among the turmoil of the Clan Wars in the Protecorate, and, as usual, death is a real possibility for any character caught up in it.

Watchtower 17N rises above the grasslands to the north of Siege, looking out over the wastelands beyond the borders of the Protectorate from what was once considered Exalt’s territory. It is part of the critical defensive line ensuring the citizens within the borders of the Judiciary’s utopia remain safe – and it has gone silent. It has been days since its personnel sent their regular radio ping back to the main control tower in Siege, and no one can be sure if they are even still alive.”

The video associated with the free adventure isn’t new, but if you’ve not yet had a chance to check out SIXMOREVODKA’s production skills, it’s a great introduction to what the Holywood-level artists can do. 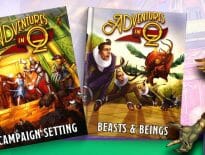 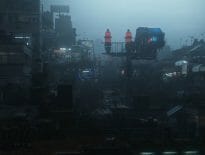