Flying Buffalo is being sold to an undisclosed backer. The news was revealed in a post on Trollbridge by current manager Steve Crompton.

Yesterday’s Bundle of Holding deals on Tunnels & Trolls will be the last Flying Buffalo do and maybe the last chance to get some of these games.

OTHER NEWS – FLYING BUFFALO TO BE SOLD SOON Sale PENDING

I’m letting you all know now – once the new company takes over Flying Buffalo, they have told us they plan to remove many of the items that are currently on our Drive-Thru page. So get them NOW before they are gone FOREVER…

You can check out the current Flying Buffalo games available currently.

Fans are speculating who the new owner could be, although it’s worth noting that Crompton does say that the deal is still pending. It must be fairly far advanced to be made public, though.

One candidate is Goodman Games, who have been buying old licenses and have worked with Flying Buffalo in the past.

Clarification: Rick Loomis’s two sisters own Flying Buffalo, Steven Crompton is the manager, which is the role referred to in this article with the phrase “Steven Crompton now runs the company”.

From Steve Crompton Manager at Flying Buffalo: I Just wanted to add a little correction to this story. I (Steven Crompton) am not the owner of Flying Buffalo. The Business is owned currently by Rick Loomis’s two sisters. As Manager, my job is to keep the business operating, try to sort through licensing offers and product sales, help keep new products going through the pipeline and help Rick’s sisters with the estate probate and sale of Flying Buffalo to a buyer who will help expand and extend the great Flying Buffalo line of books & games. I can’t address any… Read more »

Hi Steven, thanks for the clarification. I’ve put a clarification on the bottom of the article to emphasize that the Loomis’s sisters own the company and that you are the manager. I don’t think I actually say you own it, so can’t do a straightforward correction as such. Your comment is really helpful, though, and I think it, the clarification comment we’re pretty safe. I appreciate you can’t speculate but it’ll be great if you could drop a note when you can :)

Sorry, Steven; 10 days later and a kind user took the time to point out exactly where I make this mistake. It was a mistake; not what I intended to write, so thanks for not slapping me down and rest assured that I’ve fixed it now. 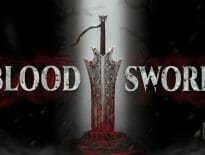 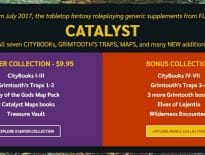