A former “project we love” on Kickstarter, Cannibal Sector One Miniature Skirmish Game has had a tough life. Now it’s over.

The project was created by Daruma Productions, who took the money of 500+ backers and then struggled to deliver. The campaign launched in August 2016, and by June 2018, Nightfall took over. They noted;

As of 22/06/2018 Nightfall Games Ltd (NFG) have terminated the license agreement with Daruma Productions Ltd for use of SLA material. Going forward NFG will work in association with Word Forge Games (WFG) to look at how best to complete and fulfill the Kickstarter. Be advised that at this time the SLA Industries: Cannibal Sector 1 Kickstarter campaign has no available funds. As such, fulfillment will be as a result of further investment from NFG and WFG. Drauma Productions Ltd is the company that still owns the Kickstarter debt, and although we have tried to purchase that debt, it has not been possible.

We worked hard and made a skirmish game we were very proud of, but in the years since the games demand has diminished to the point it is clear it is time to stop.”

The RPG SLA Industries 2e is unaffected and will continue to be developed. Similarly, The Terminator RPG is unchanged.

Cannibal Sector 1 minis will continue to be on sale at the Nightfall store until the end of the month, but at 50% off. 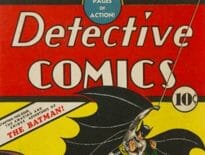 Comics Grading took more than a quarter of a million doll… 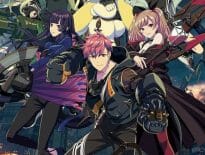