You are here: Home / Games / Tabletop & RPGs / Genre Police: Towards a shared language

Recently I was talking to some friends of mine and mentioned that I was going to be writing about a West Marches style game.

One friend said that they didn’t know what that was.

A second friend got very excited and began explaining what the West Marches was – all wrong. They basically just described a large group of players that had bad attendance schedules.

Which, even if at this point you don’t know what West Marches is, that isn’t it.

So my brain wouldn’t let this rest. I began to think about terminology. When we are talking about a thing in the RPG community, are we actually discussing a thing or are we sort of talking around a subject? Is one of the reasons there’s little academic discussion of how RPGs work because we really don’t have terms that function as idioms for a whole community?

When these questions come up in my mind, I am in kind of a unique position to do something about it. I have roughly ten ongoing RPG groups and have played hundreds of games with lots of people. So it is totally within my ability to do something most people can’t – I conducted a survey on terminology.

I sent participants a list of 11 terms and asked them to send me back what they thought each term was and if they could provide an example. I wanted to see if playgroups had differing ideas about what these meant or if there were generational divides or whatever.

What I found was stunning.

Even people in the same groups who had used the same terms didn’t have the same definition of those terms. People had been using words in game with each other and only sort of even been in the same ballpark.

Some terms I had thought everyone would get were unheard of.

Literally, no one I knew used the homebrew in a way I understood it. Was I also in the wrong?

What it confirmed to me is that we don’t have a well-defined list of terms. Not only that, but sometimes basic game elements that I thought everyone would get like ‘Hexcrawl’ people mostly didn’t know and guessed at, with at least one person getting the exact opposite of the actual definition.

It is imperative to recognise this, as it means that when someone throwing terms around in articles or videos, the assumption of knowledge of those terms is not a given. I’ve probably pitched a few of my articles right over the heads of others.

To do my part to change this, I’m going to take some time to reposition these articles towards taking some basic terminology, showing what people might think the term is and really breaking down each term in the way Genre Police has done for Genres, Play elements, Resources, Dials and Pillars Of DND before.

I want to offer something useful to the community and provide a detailed analysis of techniques and tools you might not have heard of. I also intend to go beyond the survey – for example, Parallel story, troupe play and living world style play are not stuff I covered in the study but jump to mind as something useful. So, I guess this is the part of the article where I start to do that. Let’s start with the thing that generated this whole thing – The West Marches.

It’s not a type of Jazz

From the perspective of the survey, ‘West Marches Style’ is the easiest to talk about because most people didn’t know what it was at all.

Most of the info on it came back without any idea, with about 2% of people able to explain it and another 2% making comedic guesses like ‘is it some sort of Nando’s sauce/dressing?’. This might be because, while this style gets talked about on the internet, it doesn’t often see the table.

As it is also a defined style of play, it is quite easy to determine without debate.

A West Marches game is a style of game that has several differences to a standard game, that go like this.

The two goals here are to support a large play group who all want to play together but don’t have good schedules and take some effort to organise off the GM.

The name comes from the in-world location that the original game took place in. That in itself is interesting – the terminology is linked to the location because it’s what the PC’s all had in common.

When we consider players as a resource as we have been doing, this is perhaps the ultimate expression of that idea. The story becomes told by those invested in it and follows the focus, but if two people have conflicting ideas of how to approach an idea, then they can gather a group and go a different way about things.

Even duet play can happen inside this construct. The campaign becomes a fluid thing and is divorced from a grand narrative – the tale being told is the tale of an area and the people who live within it. Maybe those stories cross over; maybe they don’t. But the land knows.

Because we aim for clarity, it’s important to consider that West Marches is often confused/conflated with some other play styles, like Troupe Play and Living World.

These are similar ideas but not the same. In a living world game, you have several campaigns running that affect each other, but the overall narrative isn’t necessarily player-generated; Troupe Play instead unshackled players from the idea of playing one character and hands them the ability to play lots of people to naturally generate a story. While a West Marches has some similar elements, I think we should recognise that a West Marches player is defined by having high agency while still retaining the viewpoint of one character.

While it might seem like a hard act to juggle all the characters stories and plots, it can free a GM up from having to make players fit a plot and double down on player investment. They are doing things they are interested in.

Next time we are gonna stay with the West Marches idea and talk about things you might need to consider about the style if you are actually going to implement it.

It is always helpful to have a shared and agreed upon vocabulary but also tricky as terms can evolve and change very quickly these days. Look forward to reading more.

Genre Police: Towards a shared language 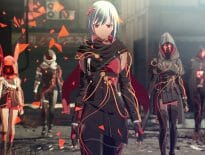 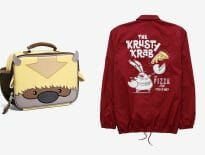