After a successful Kickstarter, NerdBurger Games have this month released Good Strong Hands in hardcover and PDF.

In the fairytale fantasy, characters are creatures like fauns and imps, a redcap or pixie. They might even be an animant, an inanimate object given life, or a talking animal paragon known as a Paragon. Characters can also be humans who have found their way to the land of Reverie.

While there’s whimsy in the game, there’s also something sinister that churns away from the shadows. Reverie is hunted by a force of slow but persistent darkness. The stories in the RPG are about friendship, self-empowerment, and teamwork, yet the world itself is spinning towards crisis.

A traditional print run of Good Strong Hands is exclusively available from the NerdBurger Games Store, which comes with a free PDF. For the same price, but perhaps not the same quality, print on demand copies are also available at DriveThruRPG.

Geek Native was fortunate enough to have a quick catch up with Craig Campbell. Craig is the founder of NerdBurger Games and designed the book.

The game’s memorable cover, showing the rescue of a stranded Woodkin, and the internal art is the work of Serena Malyon. Good Strong Hands uses NerdBurger’s Roll-Track System.

We also get a tiny teaser for Secrets of the Vibrant Isle.

The list of influences for Good Strong Hands is fantastic; Alice in Wonderland, Labyrinth, Legend, The Dark Crystal and The Neverending Story, to name a few. But, is any one of them the dominant influence, and why?

The Neverending Story is the biggest influence. It’s my favorite 80s fantasy movie. There are playbooks that are loosely (or blatantly) based on characters from that movie. The Void, the force that threatens to destroy the world in the game is based on the Nothing. The front cover even harkens metaphorically to an important scene in the movie.

How would you introduce Good Strong Hands to Geek Native’s readers? Why should they consider it as a new addition to crowded shelves of RPGs?

You can also get a free quick start version of the game at DriveThruRPG.com.

I’m a big fan of The Neverending Story; it’s a childhood favourite and slightly boggling to consider that it came out in 1985. Sure, it’s dark in places, but I’d say it’s a film for young adults. So who is the target audience for Good Strong Hands?

The great thing about “young adult stories” is that the best ones are just good stories with young protagonists, sometimes dealing with youth-oriented topics. Since even us old codgers were once young, those stories still resonate. Good Strong Hands is targeted at fantasy RPG fans who want something a little different from what most fantasy RPGs offer. There’s a broad array of story ideas in the book, so you can take it in a lot of different directions.

At times in the game, the GM speaks “in the Void’s voice?” If a GM isn’t comfortable with their ability to do this, are there any techniques you can recommend?

As a character becomes more corrupted – which is inevitable in the game – the GM may tempt the character in the voice of the Void. GMs who don’t want to do that can keep things in third person. Just remind the player now and then that they could have their character simply NOT fight back against the fell knight or NOT try to save those people. After all, those things are dangerous. Why not stay away from that? Your character can live out their days in peace if they just leave or do nothing. Keep it lighter, but still tempting.

Good Strong Hands was funded and delivered during various states of lockdown. Has this influenced the game?

Absolutely. The game was designed with ease of online play in mind even before Covid hit. And playtesting wrapped up during the early days of the pandemic.

Could you give us some examples of how the RPG has thought about online play?

Players keep track of all their character info on two 6×9 pages, and there are form-fillable PDF versions of every character playbook available. Side-by-side, that’s essentially a single 8-1/2×11 page in landscape presentation. The book includes a series of 2-page story schemes, which function as outlines, so a GM only needs those two pages on their screen as well. So, you can have those two pages up along with a videoconferencing app and not have to switch back and forth between a lot of windows.

Additionally, each player just needs a few d6s (the GM doesn’t roll dice), and there are plenty of online dice roller apps that can do the job. Finally, the rules PDF table of contents is linked and the book has an index that covers everything you’ll need.

You ran the online convention Nerdburger Con. What was that like? Any plans to do that again?

NerdBurger Con happened in 2020 to help fill the void of all the missing conventions. It went well. We had forty or so events, all online, lots of different games, all over one weekend. There were some panels, some APs, some charity fundraising, some giveaways. All in all, a successful little online convention. I hope to do it again later this year in conjunction with NerdBurger Games’ 5-year anniversary.

What else might we see from you in the future?

The Nowhereville Kickstarter just wrapped up a while back and is in layout now. That’s a small town horror game inspired largely by Stephen King stories. And currently I’m working with Sharene Gilchrist on a solo RPG called Secrets of the Vibrant Isle. That one is sort of a cross between traditional RPG and Choose Your Own Adventure books. 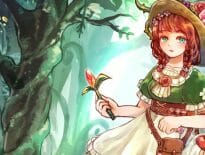 Tabletop & RPGs Floria: The Verdant Way – Journeying into a … 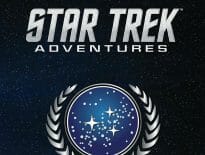