Last Friday as Routinely Itemised: RPGs #36 was due out, I was hitting refresh on the Hasbro newsroom to see if their big news was out yet.

It wasn’t. Then, when it was, it probably wasn’t big news for many tabletop gamers.

Hasbro sees the future of D&D in computer games and if you want to see the latest footage from one of those then today’s Baldur’s Gate 3 post might help.

In what might be unrelated news, Wizards of the Coast’s digital partner, Fandom announced they have an alpha version of a combat tracker for D&D Beyond. Handy? Yes. If you allow a bit of speculation; the combat tracker starts to blur the lines between D&D Beyond’s role as a digital format and a virtual tabletop. That makes things interesting.

Right, let’s get on with our weekly RPG news round-up!

The RPG Zine season still going. This is going to be a long list!

Marcelo Ferrari of Gamerati is here and helpful again with news of Night Horrors: Spilled Blood from Onyx Path, Heroes of Asgard and new shipping options from WizKids.

Thank you for the mention. If there’s anything you’d like to know about Incarnis, we’re happy to get in touch. 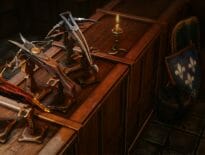 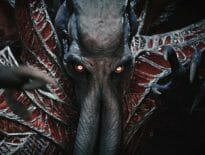