You are here: Home / Games / Tabletop & RPGs / Two of the three best-selling RPGs in the last quarter were sci-fi games

ICv2, the geek business magazine, has released their figures for the top five RPGs of Spring 2019. ICv2 compiles these numbers by talking to retailers in the US and Canada.

The Internal Correspondence #96 magazine from ICv2 which discusses the industry notes that many retailers are no longer able or willing to buy and stock all the RPGs that are being printed these days. Stores have to try and back the winners and stock them.

Starfinder has been enjoying Roll20 support and extra buzz Grimmerspace. Supported by actor Sean Astin, Grimmerspace is a Kickstarted RPG that introduces evil wizards to a grim and gritty dark future.

Other issues in the RPG landscape discussed by retailers included the dangerous cost of Kickstarters, Amazon’s ability to discount Wizards of the Coast products and the leadership of GAMA.

Interviews in the magazine suggest that some Kickstarters look successful on the outside, but the lack of price flexibility (books sold before they’re made) means margins are thin. It’s dangerous. Some Kickstarter-first publishers may struggle. 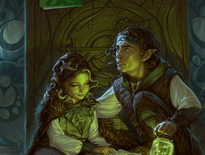 Interviews Warriors of Sehanine and other ways to introduce y… 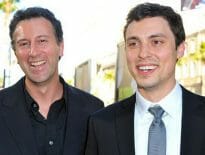