In the current era, the concept of RPG is a far-reaching idea. Having permeated into video games, the term itself has become corrupted, now really standing for gaming titles rather than, say, D&D.

In order to differentiate discussion, the community has simply added a suffix to our existing hobby. Now if you play RPGs based in real life, you play a ‘TTRPG’ or ‘Tabletop Roleplaying Game’. You probably knew that already.

The tabletop is based on the idea that the game of course functions around a table, with all of us sat round it. It’s a defining feature of the RPG, is the table. It gives you somewhere to roll dice. But I wonder, is it also kind of an anchor? How often do we investigate the medium of space in our games?

Last time I talked about DMing using your whole body and stepping away from the table. But maybe we can go a step further and look at how we design the space we play in and what happens when we remove the table.

In Space, Everyone Can Hear You Dream

Imagine a space. Then fill it with a table. Stick the players in and the game. Put the DM’s screen in. The focal point becomes the table. The imagination is poured there. It becomes the decided point. This is how TTRPGs run. It is a comfortable and useful base. There’s nothing wrong with it, per se. Most people play games like this all the time. It creates a situation where people feel protected by the table.

Now take the space. Move the table out. Try to make the seating comfortable for everyone playing. Leave a space in the middle. Throw down a battlemat when you need it but otherwise keep that space free for communication and the occasional place for the person speaking to stand if they like. Have people role dice on rulebooks. Doing this takes the focus off the board and onto the players, turning your game into a kind of community theatre.

This is the way I started playing RPGs. I’d grab a book and we’d play in a bedroom without a decent table. We’d play outside in a field. Yes, we were nerds who occasionally got air. After more than twenty-five years of doing this, here’s what I’ve found out about spaces we play RPGs in.

Removing the table turns the whole space into the RPG area: For players, often the table exists as the ‘RPG space’. The game ends at the limits of the table. If they lean back in their chair and relax, they can lose focus on the game. If you remove the table, it creates a situation where the game instead ends at the limits of the room you are in. They act as if it is different and if they want to talk about something not related to the game, they tend to leave the space, which is oddly less destructive. While you have to fill someone in who has left the room for a bit, you have to fill them in anyway if they’ve been on their phone. I think this has to do with people’s perception of how a space is owned.

The further you expand a play space, the more you need to embrace chaos: If you use a board without a table at any point, everybody is going be to crouching over a battlemat. Dice are gonna go everywhere, resources are going to be spread around. You have to learn to love it if this style of play is going to work. Games run this way have a fair share of anarchy and it translates to the game itself. If you are the sort of GM who likes a big set up table and is particular about rules rather than just calling in the moment, then maybe it isn’t for you. But if you like two players interacting in an open space while you call the social roles on the fly and can mostly get by without a board, then go for it.

Description is key: As it is only going to give everyone joint ache, try to only use minis if you need to. The key to narrative combat without representation in any combat is to be clear in the starting description and then redefine where everyone is regularly. Don’t sweat ranges too much, instead ballpark distances in your head. Encourage descriptive and messy combats. Make sure that you (even if no one else does) stand in the middle space occasionally and interacts with players, turning towards them when they speak to your NPCs. Remember that you can seat players all around the room.

Site can be fundamental: By now, everyone has had a thought about doing D&D in a castle. That’s because a location can really inform mood and play. So what happens when we radically alter our playspace is that it invokes a response and we can really lean into that. A lot of the games I played in fields became more open and free-wheeling, like storytelling picnics. Maybe think about the space you have – is it your house? Then the open-plan game can really work to add a level of comfort because you aren’t forcing the game into your house, you’re building around it. What about if you played an RPG while on a long haul ferry crossing? Maybe that could be a game about transition, played at a table. You already probably do this – generally, games played in a communal space tend to be more rowdy games whereas private home ones lean into introspection. So think about the space you are in and how you can bring it into the game.

This Isn’t Larp: While you are facilitating a more open playstyle, you aren’t physically confronting someone or looking down on someone who participates less, you are just opening the space for people. Don’t encourage people to act stuff out unless they want to. This open plan gaming does lead to people assuming character more but there’s no need to push it.

Essentially, RPGs are just devised performance works: Performance artists who work in the field of devising impose artistic limits and restrictions on themselves to create works of art. RPG’s do this too, the rule set of any given game is a set of limitations to impose a framework on your imagination. These create a funnel of focus with which to direct your storytelling. That link is clearer in this playstyle, once we strip back the set-dressing of ‘tabletop’ (screens, table, etc) then the game comes a little back to those principles, which can be great for character lead stuff.

Also once you start openly thinking of them as performances, you can really embrace that aspect. A married pair of GM’s I know once gamed two separate games in different rooms of their house and then eventually revealed that the two games were really connected, allowing people to travel between the rooms when the game called for it. That’s thinking about your space and allowing it to be the stage for a performance.

Some games are better for this: Let’s face it, this gonna work better if you are playing a more narrative game. The Court of a Prince in Vampire: The Masquerade or a moment of human connection in Apocalypse World are going to work much better for this than a turn driven, procedural dungeon crawl style adventure. So if it isn’t working, maybe it’s not you, it’s the game. Try again when you change system.

So there you go, hope this helps you to understand that the gaming environment is something that actually affects the play at the table. Even if you don’t have one, so keep it in mind as another resource in your toolbox. Next time we launch back into inspiring mediums as we wrestle with a more painterly school of thought. 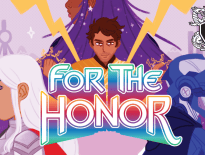 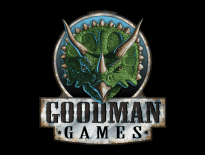