It’s the end of the week, it’s mid-way through the month, approaching the end of the year, and here in the North, we’re so very close to the Solstice.

Soon the light will push back against the dark.

For the last few years, and again this year, Geek Native has been able to share league tables of top selling and published this year products at DriveThruRPG. It is always controversial due to classification discussions but, hopefully, interesting nevertheless. We’ve made some progress with them this week.

The big news this week might not be that Wizard of the Coast seemed to preemptively strike TSR with a law case (Han Solo moment) but a whopping $3,000,000,000 deal for a board game company. Asmodee is lined-up to be bought by a vast holding company of computer games. 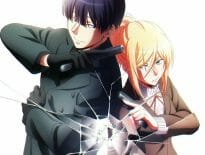 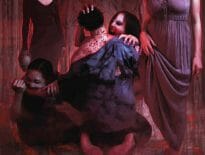 Tabletop & RPGs The best selling horror RPGs of 2021
wpDiscuzComment Author Info
Manage Cookie Consent
This site uses cookies 🍪, and links are ads that may earn bloggers some money 💰, and with this alert, I very much hope that these dark truths 🧌 are acknowledged.
Manage options Manage services Manage vendors Read more about these purposes
Preferences
{title} {title} {title}
Loading Comments...