Yesterday, Geek Native shared the best selling fantasy RPGs published this year on DriveThruRPG. But what’s a fantasy RPG? DriveThruRPG lets publishers tag their own products, and so in that list, we’ve heroic high fantasy mixed with urban fantasy.

Today’s list might be even harder to define. We have got the 20 best selling “Family” TTRPGs published this year. What makes a game a Family one, though? The need for kids? Of course not.

As a result, it’s a diverse and exciting list. There are tabletop RPGs here that downplay violence and some that embrace it, given the proper context, such as superhero games.

Congratulations to Jay Dragon and Possum Creek Games for the well-deserved success of Wanderhome.

In Wanderhome, characters are animal-folk in a pastoral game about travelling, the world and the changing seasons. It uses the No Dice, No Masters system developed for Dream Askew and Dream Apart, and does not always need a GM.

In the second place there’s the familiar and reassuring presence of Martin Lloyd. Martin is the creator of the adamantine bestseller Amazing Tales, which is for kids, Amazing Heroes expands that to superheroes. I think it’s good enough for a go-to game for adults too.

There are other exciting discoveries on the list. Summon Skate by Silver Vine Publishing had a battle with Kickstarter, but the game is a localisation of a Japanese TTRPG about ice-skating to summon demons. No wonder that was hard to land, but Silver Vine persisted, and the resulting game clearly found, er, traction.

In previous years, Geek Native has looked at only the top 10. For 2021, the blog is lucky enough to share the top 20, which comes with two firsts. Summon Stake is a localised game, moving from Japanese to English, but Kawaïens – Libérez-les tous ! by Mickael Ryers is in French. The story of the moon 달이 들려주는 이야기 is Community Content for Chaosium’s BRP/Call of Cthulhu and is published in Korean. CoC in a family game list? Well, we’re back to definitions again.

As noted yesterday, these leagues are only made possible with help from OneBookShelf. Thank you. I don’t get access to sensitive data.

It’s also fair to acknowledge that these are top seller charts, not a reflection of quality. A game needs to be of a certain quality to sell, but not all great games find their audience. There are other ways to get RPGs, such as directly from publishers, especially if they can get their heads around increasingly complex global tax rules.

The best selling family RPGs of 2021

Tabletop & RPGs Asmodee will sell for €2.75bn to the video game … 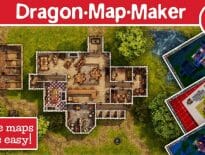