Yesterday, we listed the best selling historical RPGs of 2021 and with the usual disclaimer about how genres are decided. In short, at DriveThruRPG, the creators are trusted to assign genres appropriately. If a complicated product has sci-fi and some historical elements, perhaps alternative history in there, or time travel, and the author wants to tag it “historical”, then so be it.

Horror is more straightforward; if the designer says, “this is supposed to be horror, ” it’s horror with less debate.

But what’s an “RPG”? Aren’t these tables a mixture of RPG core rules and RPG supplements? They are. In this case, “RPG” is short for “RPG product line”. In other words, if a Vampire: the Masquerade supplement is outselling Mummy: The Curse core rules, the Vampire RPG line is still ahead in the charts.

Congratulations to Renegade for multiple listings in the league table and taking on a franchise that hasn’t been easy to steer in recent years.

Renegade lists three times and Onyx Path twice, so that’s a strong showing for the Chronicles or World of Darkness.

Classic Delta Green is back, but so are new candidates like Joseph McCullough’s Rangers of Shadow Deep series, which is another facet in the “Is this an RPG?” debate, as you could also describe that game as a skirmish encounter, or some other part of the tabletop family.

We also have non-English titles in the top 20 again with the likes of Antre Monde Éditions and Knight – La Geste de la fin des temps.

Once again, I need to thank OneBookShelf for making these league tables possible. I’ll take the chance to say again that I don’t have access to sales data, just the relative placing of the games.

These charts are just a slice of the overall picture and don’t reflect patron success, direct sales, or Kickstarter fulfilment. I’d argue that if you can find any degree of retail success in the hugely competitive RPG landscape, you’ve done very well this year.

All of the “Renegade” listed products were made by Onyx path

The best selling horror RPGs of 2021 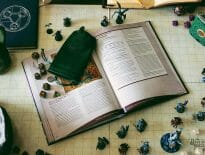 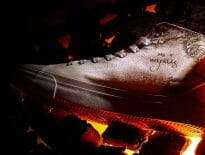