You are here: Home / Games / Tabletop & RPGs / Carve out the best bits: A review of Legacy of the Soul Flame

When I say “too much of a good thing”, I want to emphasise “good thing”. Legacy of the Soul Flame is built on two wonderful ideas, and then people like me got involved.

What did I do? I backed the RPG on Kickstarter. The success has meant that Sequestered Industries has been able to produce a 400+ page, colour, illustrated large hardback. I think a 200+ page game would have been twice as good.

The first success is the frozen and snow-covered wasteland of the setting.

Immediately, you might already have a campaign world that your players are both familiar with and not. Many of us know, or can imagine, what tromping around on deep snow must be like day after day and how hard survival is in such a setting. At the same time, the chances are pretty high that it’s an unusual setting for RPG adventures.

More importantly, this is a post-apocalyptic world, and the snow covers countless bodies. You don’t know where the dead are, but they will be close and in Legacy of the Soul Flame, the apocalypse was an undead one.

You are never far from the rising dead in this tabletop game. Your characters next step have a high chance of being met by a grasping skeletal hand bursting from the snow.

The second success is the characters’ soul flame that even NPCs carry inside them.

The soul flame can be tapped to produce magical effects, such as boosts. However, doing so is traumatic and side effects like temporary blindness are common.

So, to recap. Characters can tap an inner power, but doing so may leave them temporarily blind in a snowcapped world of buried undead.

It gets better still. It’s the energy of the soul flame that attracts the undead. The more people gather together, the stronger the light and spiritual heat, and the more likely the undead will come.

In this game, any human gathering that exceeds six is taboo as it will surely call the undead for miles around.

I honestly think that’s a beautiful set-up. I also think I’d have been happy for Legacy of the Soul Flame not to have brought its own system and for it to have hugely truncated its history.

I know the writing could have been much tighter and more heavily edited. I can’t fault designer and writer K. A. Pimbblet for thoroughness, but I will call out the tendency to be verbose.

For example, it takes two paragraphs to say, “This game uses d6,” and rather than saying “use a dice app”, Legacy of the Soul Flame says;

These days, there are even plentiful apps on mobile cellular devices that can simulate rolling such dice as well.

This is what a successful Kickstarter does. The extra word count is both a boon and a bane, and a smartphone becomes a “mobile cellular device”.

Legacy of the Soul Flame’s system

The better someone is at something, the lower the result needed for success is.

For example, experts need a 2+, but someone who’s barely tried a task needs to roll 5+ to succeed.

The more challenging the task, the more dice the player must roll. All the dice must roll a success.

There are different values but the same approach for combat. There are complications for helping people out, and suffice to say, Legacy of the Soul Flame finds enough for several pages worthy.

A crucial part of chargen in Legacy of the Soul Flame is blood-ties. Characters come from bloodlines as these determine the trails of the soul flames passed down families.

These families are described in the following five ways;

General terms – we begin by finding out a little about the family, physical and mental characteristics common therein. If you want to cast it like that, there’s a biological determinism going on here, but I don’t. It’s not as this is a sci-fi game writing an entire alien race off as “war-like”. This is a fantasy game saying, “there’s a magic inside these people which makes like this”, and I think that’s hugely different.

Recessive abilities – the soul flame abilities from the second parent, weaker than the dominant bloodline.

Dominant abilities – the soul flame abilities from the first parent.

Enhanced abilities – without inbreeding, due to the size of the families, both parents can be from the same bloodline, which means no recessive ability for the PC, more powerful but more challenging to activate ones instead.

Legacy of the Soul Flame is a game brought to life in two ways.

First, it is the authors home game, and that’s one of the reasons it’s so large. We’ve so many NPCs that those players met, backstories and connections. There are places visited, things to see and histories to know.

Secondly, we had that successful Kickstarter, which enabled Sequestered Industries to share many of them with us.

It’s great if all these NPCs and locations work for you and that you players get into it too, but if not, then there’s a lot of the game that’ll be left untouched.

There’s also a secret background in Legacy of the Soul Flame that I won’t get into in this review because it’s pure spoiler. There’s a reason the world is how it is. The less your players care about the NPCs and locations featured in the original home game, the less they’re likely to care about the secrets of the setting.

I like the outcome far more than I like the story of how we got here. We’re invited to do what we want, of course, to make the game our own. I’ve only ever run one-shots of the game but swiftly determined I’d keep the setting and even the families, but change pretty much everything else. It’s great that I feel I can. It’s a credit to Pimbblet and Sequestered Industries that it is so clear that I may do this. But it’s also a shame.

Legacy of the Soul Flame isn’t a grimdark RPG despite all the undead and snowy wastes. This is a noble-dark world.

Noble-dark means that while the situation is bleak, characters can still succeed by doing right, and heroes still matter. That was part of the pitch for the Kickstarter, and in terms of promises made, it’s a promise kept.

There’s one misstep and a lot of success with this RPG’s art, look and feel.

The misstep is how Sequested Industries has its logo stamped on the otherwise artistically designed front cover and how the book’s name appears on all the pages similarly.

These stamps stand out as everything else is so gracefully done. It’s a well-presented book with easy to following layout.

The art itself is also excellent, some of the best that we often see in RPGs, and that’s to say, its familiar Creative Commons and other licensed images. I’ve other RPGs on my shelves with the same images, and that’s entirely fine with me. What matters is that these illustrations bring Legacy of the Soul Flame to life for me. They help me create the snowcovered undead wilds in my mind’s eye, and I have mental images of all the bloodlines.

Furthermore, Sequested Industries said they’d donate surplus Kickstarter funds to these artists. I don’t know if that happened or how much of a thing it was, but the intent is significant. It’s a good move and one that very much endears me to the game and its creators.

I’m delighted I backed Legacy of the Soul Flame and can add this beast of a hardback to my collection.

The setting is excellent.

If I didn’t already have a raft of systems I could apply to the setting, I might have more time for the hundreds of pages of monsters, equipment, mechanics. I also suppose that if I didn’t strongly prefer making my own adventures rather than using pre-written ones and other people’s NPCs, I might have appreciated all the NPC-centric lore in the game.

However, I have all that, and I’m sure I’d have liked Legacy of the Soul Fire even more if it was punchier and less verbose.

Carve out the best bits: A review of Legacy of the Soul Flame 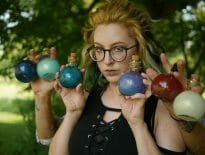 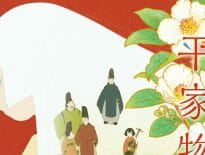