You are here: Home / Geek Stuff / Wizards of the Coast begin a legal counter-attack on TSR

Wizards of the Coast have filed papers to get the rights to use TSR stripped from TSR. The company currently calling itself TSR bought the rights to the brand (but not any associated products) after it was allowed to lapse by a previous owner.

The move is in response to TSR starting a crowdfunding campaign to pay lawyers to sue Wizards of the Coast.

TSR’s goal wasn’t entirely clear to begin with. Then they cancelled that attack shortly after starting the crowdfunding campaign with the promise to re-file (in the proper jurisdiction) and try and force WotC to remove the legacy disclaimer that keeps old D&D products available for sale.

Mike Dunford helped break down the case and arguments that Wizards of the Coast are making. It’s straightforward.

Firstly, Wizards of the Coast’s experts argue that if TSR had been honest with the trademark office about why they wanted the rights to use the TSR trademark, they would never have gotten it.

At the time of writing, TSR’s attack fund campaign is still taking money. They ended the weekend with around 50 backers, which has now increased to over 80. As a result, TSR has over $2,500 to throw into their case against Wizards of the Coast.

Wizards are using the firm Davis Wright Tremaine who have Brand Protection, Advertising and Litigation teams, among others.

Good. TSR is full of nothing but scams.

What scams have they done then?

How about trying to force artists into signing legally binding, open-ended contracts to use their art on any new TSR branded content without citing any pay structure or compensation? Same goes for authors they wanted to force into signing those same contracts to wrote modules for them.

Oh, and also this gem from a few months back.

Well first is the two previous Kickstarters the guys in charge of TSR ran and never fulfilled. Then Giantlands. They have no intentions to fulfill the Kickstarter. Second, the scam of collecting money to sue WotC supposedly.

Giantlands fulfilment has begun. Reviews have started popping up. No surprise that the product is just terrible.

The TSR argument is Giantlands is Wonderfillef Inc from Wisconsin not TSR. Ha!

The dudes in TSR scammed people on two Kickstarters before they took the TSR name. Then Giantlands which will never be fulfilled just money in their pockets. Now the money grab to supposedly sue WotC.

Fully agree TSR full of shit. They made kickstarter make us change the name of our kickstarter because we used the word Dragon Dice and they claimed they had rights to it. When we looked into it they didnt have any grounds to it but kickstarter was worried about law suits so forced us to change

This whole thing feels like someone got surly drunk, rowed a skiff out to an aircraft carrier and yelled, “Prepare to be boarded!”

To be honest, they’d be better off taking the money the lagel team will charge them and by a Porsche!

Wizards of the Coast begin a legal counter-attack on TSR 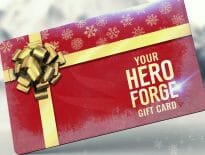 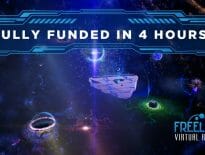