You are here: Home / Games / Tabletop & RPGs / The other best selling fantasy RPGs of 2021

Which RPGs sold the best at DriveThruRPG this year? In previous years, the word “other” was used in the title to highlight that we know D&D sold well and that you don’t buy it at DriveThruRPG.

But, you can buy 5e/OGL products from the huge game site, and Wizards of the Coast have a seller account there. There are some interesting results this year as a result.

This league table looks like the top 20 fantasy RPGs published this year and sold the best. Team DriveThruRPG always encourages publishers to tag their games appropriately, and it’s that honour-based tag system that this chart uses.

Best selling “other” fantasy RPGs of 2021

Congratulations to Kevin Crawford the talented mind of Sine Nomine Publishing. Worlds Without Number is the fantasy partner to the long-time best selling sci-fi Stars Without Number and a Kickstarter success.

There’s even a free version of the game.

The stars gutter and the skies fade and the earth grows weary with years. Ages of men and of Outsiders have ascended and been forgotten, and only the bones of their cities and the dust of their dreams remain upon this tired world. The Legacy of their laws is woven deep now, the edicts of dead gods and fallen sorcerer-kings made to trace patterns of power we no longer understand. We are heirs to their unseen empires, and our lives are built upon their ashes.

Worlds Without Number is a gritty and tough game set in the distant and fantastic realm of the Latter Earth. Players engage in stories of barbaric splendour, sorcery and savage rivals. Or, true to its name, if you want to use it in your own setting, then you can.

Kevin Crawford beats Wizards of the Coast and the Extra Life charity supplement Minsc and Boo’s Journal of Villainy (5e) to the top spot.

Without question, Minsc and Boo’s Journal of Villainy (5e) is a D&D supplement, and it’s also available from DriveThruRPG’s sister site DMsGuild. It tells the continued tales of the iconic ranger Minsc and the hamster Boo.

The 5e Galder’s Gazetteer from Zipperon Games also makes the top five. It’s a supplement that adds actions, conditions and martial options to the rule system that D&D uses. Like Minsc and Boo, %100 of the sales from sales of the Gazetteer go to charity. The supplement supports the Cancer Research Institute.

Cubicle 7 have a Warhammer Fantasy Role-Play title in the top five with WFRP: Altdorf Crown of the Empire and the highly-rated OSR Whitehack Third Edition also makes a strong showing.

It’s a diverse list, and it’s one that Cubicle 7 appears four times in, challenged by Onyx Path Publishing, who make it in 3 three times.

I should also acknowledge the positive contributions of other sites to the tabletop RPG community. It’s not uncommon for RPG publishers to conduct most of their sales from crowdfunding platforms, Patreon or the marketplaces attached to virtual tabletops. DriveThruRPG is itself currently shepherding Astral Tabletop for gamers. It’s an ecosystem and we’re all used to seeing DriveThruRPG enable Kickstarters to offer printed books and digital fulfilment.

In a competitive hobby, there are also other retailers with growing catalogues, so please join me in wishing these twenty products congratulations for the retailer success, but the best RPG out there might be one we’re yet to find.

The other best selling fantasy RPGs of 2021 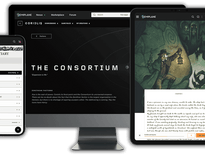 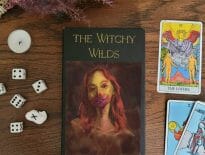