You are here: Home / Games / Tabletop & RPGs / TSR drops case against Wizards of the Coast but keeps Indiegogo campaign running

Legal documents appear to show that TSR has dismissed their legal action against Wizards of the Coast.

Update: 12th Dec 2021 – TSR has told Indiegogo backers they plan to re-file their claims against Wizards of the Coast.

Update: 13th Dec 2021 – Wizards of the Coast begin a legal counter-attack on TSR.

However, at the time of writing the Flexible Goal Indiegogo to support the action is still running, still collecting money from supporters and is approaching the $2,000 donation line.

TSR may still, of course, have legal fees to pay as a result of their action. There have been no updates on the Indiegogo page that share the publisher’s intention to drop the case or what might happen to the money of the 58 backers.

The campaign was launched over Twitter on the 8th of December. The basis for the action was that the current owners of the TSR trademark did not like the fact that some old TSR books, which Wizards of the Coast own and sell with the TSR logo on, also carry a disclaimer. The disclaimer concedes these old D&D books use language no longer which would be considered insensitive by today’s standards.

Update: 12th Dec 2021 – Justin LaNasa, the CEO of TSR, has told Indiegogo backers that they plan to re-file the ownership claims and add the demand to remove the legacy disclaimer.

NB: 12th Dec 2021 – The update from TSR notes that “not one media source” asked for clarification. I can confirm I did not ask them why, and this was because they told no one they had dismissed the case. In part, this is because I am in active discussion with TSR about the facts of this case and how to bring appropriate light to pertinent updates to it, and they did not disclose the intent to re-file. The last email exchange on this was from Geek Native to TSR, dated Friday the 10th, and they are yet to respond with updates.

In the Audio EXP podcast and transcript on the 11th, Geek Native noted that TSR may have plans to re-file the case.

Update: 13th Dec 2021 – Wizards of the Coast begin a legal counter-attack on TSR.

This was a grift from the very start. I am disappointed that so many not only fell for it, but keep defending NotTSR.

Maybe you should mention the case was dismissed in October, well before the Dec 8th date of the Indiegogo.

I saw that timestamp and wondered, and I erred away from that because I’m not %100 sure. The screengrab shown in this post explicitly says that the “Notice of Voluntary Dismissal” was filed on Dec 10. By avoiding dates, I can stick with the essential bit: the case has been withdrawn. 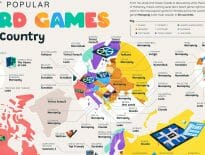 Geek Stuff Collectables cartographer builds a map of the most… 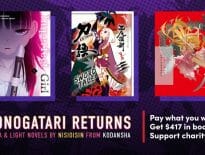