You are here: Home / Games / Tabletop & RPGs / Right for Reasons: A review of the Root RPG

I was lucky enough to get a review copy of Magpie Games’ Root RPG a few weeks ahead of the game’s digital launch. Like so many other projects this year, the physical launch has been slightly delayed.

A few weeks has been enough time for me to play a few one-shots, enough time to categorically decide I’m a fan of the game but not long enough to confidently codify why it works so well.

Since this is a review, that’s not so good, so let me begin with two inclusive theories; the use of the map (which hails back to Root’s board game origins) and the mercenary mood.

An introduction to Root

The board game is set in a Woodland with competing factions. The Woodland comprises connected areas and factions of anthropomorphic animals with very different abilities. Asymmetrical strategy.

Notably, I’ve never played Root the board game, and I still enjoy the RPG.

The RPG is based on the Powered by the Apocalypse system, which means many of us will already know it. 2d6 plus potential modifiers and a degree of success or failure rather than binary passes.

The PCs are all Vagabonds. Bravely, Root is overt about the set-up; if your PC is no longer a Vagabond, or even leaves the group of Vagabonds, then they’re no longer really a PC.

Some may hate this as an unwelcome restriction, but I applaud it. It’s a season zero thing, and it’s a condition of the game, an inseparable part of the theme.

More on the theme later, but at this point, it is worth calling out that GMs are to make sure these Factions are a front-and-centre part of the plot.

I had suggested the map may be part of Root’s success. Let me explain; it becomes a critical part of the game. Root is as close to a Powered by the Apocalypse hex-crawl that I can imagine.

You work on the map for your game collectively, and different games have different maps. There are 12 clearings, which are interconnected, and controlled by various factions at different times.

Given that GMs work hard to make Factions a critical part of the game, it is readily crucial to the group’s strategists which Faction controls which clearing and routes to destinations that might avoid areas where PCs aren’t welcome.

And there’s a travel economy!

When the Vagabonds move from clearing to clearing, they must decide how quickly they want to travel. Safe and leisurely travel is less tiring, it saves exhaustion, but it takes longer and requires more food. Travelling burns quickly through energy, but not as many supplies.

Getting the mood of the game right is critical. The art looks a bit cute, and while the Woodland is often in sombre autumnal colours, the animal-people are often highlights of colour.

It’s a medieval world, and Woodland is at war. That’s the backdrop, and on page 199, you’ll find a list of GM principles that make the foreground shine.

Here are the ones that stand out to me as the theme influencers;

That last one, the GM principle to bring danger, is an engine, and it means the PCs will never be truly at ease in the war-torn Woodlands. However, as a fan of the Vagabonds, the GM will always make sure there’s a less-bad option to move forward.

There will be ripples and likely with the factions whatever the characters to do. Reputations will change.

I’ll summarise all this as narratives and tactics. Root the RPG is a Powered by the Apocalypse inspired game. There are lots of nudges to tell a great story. It’s also the child of a board game, and Magpie bring that aspect expertly to life; there are tactics throughout. Reputations aren’t for vanity; they matter.

PCs don’t have to be a cat formerly of the Marquisate Empire or a bird once of the Eyrie Dynasties. Any woodland animal, wolf-size or down, is fair, provided it is not entirely aquatic.

Larger animals in this anthropomorphic game are rare, and they are more mysterious and threatening, like ogres, dragons and monsters in other fantasies.

The playbooks, character classes if you will, are a great way to summarise the role and theme of the Vagabond faction;

I’ve created an owl arbiter, a frog ronin and a mole vagrant and enjoyed playing each one.

Vagabonds aren’t chivalrous heroes. The war in the woods hardly lets them, although in happier times, I’m sure their “I can do that” attitude would push them in that direction.

During these more challenging, rougher times, Vagabonds are more practical or struggle to feed themselves. Remember the map economy; it costs resources to move from clearing to clearing, which Vagabonds often have to do, and don’t be surprised at just how often the need to feed creates consequences.

The art, as noted, is deceptive at first. It’s good but more cheerful than any of my one-shots of Root have been. I’d just finished reading William Horwood’s Duncton Wood story about murderous moles and perhaps that colour my mood, but I was often the player, not the GM.

I wish there was more of it.

One of the few problems I have with Powered by the Apocalypse is how sprawling Moves can be. That’s to say there’s no handy lookup table, more like mini-chapters, for the Trigger/Effect that are PtbA rules. I always struggle to remember what the Moves are and, more commonly, where they are. Root doesn’t solve the minor grumble.

But, as a general comment, Root is expertly presented, easy to read and scan. If you’ve a physical copy coming, then you’re a lucky person.

Root and Mork Borg are the two best RPGs I didn’t back at Kickstarter and regret not doing so.

I’m impressed at the strong steer GMs are given. It creates a “Mercenary Mood” in which characters are forced to be relentlessly pragmatic.

I’m amazed at how transformative the Woodland map is.

I think these two successes are why Root works so well. It’s a bit like having two pieces that go together to create something larger than the halves as I can’t quite convince myself that either, or both, are the true secret to Root’s success.

Hi!
Thanks for the cool article!
Can I translate it into Russian and publish it in my ttrpg blog?

Yes, and thank you for asking.
If you could please credit the original with a link back here as a citation, that would be welcome.

Of course! We will definitely make all the necessary links

Right for Reasons: A review of the Root RPG 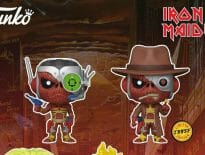 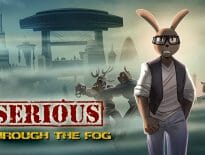