Oops. If you tend to read Routinely Itemised after getting a prompt from the daily digest email you might have noticed it was missing.

It was late. I missed my own 6pm automatic cut off by how many seconds WordPress needed to fart around for.

It turns out that I can’t count to seven either. There are seven stories, at most, in any daily digest email and by Saturday Routinely Itemised: RPGs #88 was the 8th oldest on the site and missed the cut. Again.

Zine Quest is creating work! As you may have noticed, the usual tradition of only doing one Kickstarter article a day has been suspended due to the wave of great pitches. During this special season, Geek Native has been doing two crowdfunding posts a day, when I can manage and no more.

Standard service will return when Zine Quest concludes in a few days.

There’s been no shortage of other news, not with Wizards of the Coast getting a significant promotion within Hasbro and eOne talking about multiple movies and TV shows.

Thank you for the call out for The Elephant Adventure project! We hope our backers will enjoy the module, if reach a fully funded status. 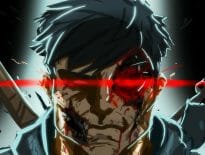 Anime Netflix has a future Terminator anime on the way 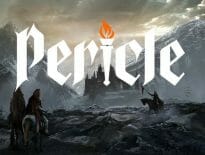 Tabletop & RPGs Pericle is a tabletop RPG that replaces the GM wit…
wpDiscuzComment Author Info
Manage Cookie Consent
This site uses cookies 🍪, and links are ads that may earn bloggers some money 💰, and with this alert, I very much hope that these dark truths 🧌 are acknowledged.
Manage options Manage services Manage vendors Read more about these purposes
Preferences
{title} {title} {title}
Loading Comments...