You are here: Home / Games / Tabletop & RPGs / Swap your body: A review of the Altered Carbon RPG

Altered Carbon came out digitally, hitting the shelves of DriveThruRPG on Christmas Eve in 2020, which means it’s a contender for the best cyberpunk RPG published that year.

2020 was a big year for cyberpunk tabletop games and even so; Altered Carbon stands out.

Drawing on the Netflix series, which in turn draws on the books, the Altered Carbon RPG is set in a world where the wealthy buy replacement bodies for themselves and backup their consciousness in case of accidental death. Everyone else is just a cog in the machine.

It’s not uncommon for RPGs to have stats to describe characters in terms of their mental abilities and, separately, what they’re capable of physically. This distinction is pronounced and profound in Altered Carbon, given that the character could literally change their body or buy an upgrade during the game.

There are two parts of the Altered Carbon setting; Bay City and the more expansive universe.

I’ve only seen the first Netflix series, I’m yet to watch the second (and I’ve decided to because I enjoyed this RPG so much), and I have not read the books. I am proof that you don’t need to either know the Altered Carbon setting very well to play the tabletop game. Whereas I get the setting, you’ll see that I struggle with the rules.

The game details Bay City providing plot hooks, NPCs and locations so that you as GM can weave your own plots from these stable pegs, or when your players do something unexpected that you have extra content handy.

I hadn’t released that the wider Altered Carbon setting involved the discovery of ancient aliens and related mysteries. I imagine this can provide sourcebook potential and mega curveballs plot twists for years to come. That’s the plus. On the downside, that’s still to come and as I’ve already admitted to not knowing the source material that well, I would worry about breaking canon.

Altered Carbon is an excellent setting for a tabletop RPG. There’s plenty of opportunity for action and violence here. In so many scenarios, if the player characters need something to happen, they’ll likely have to do it themselves. There’s no pulling out your smartphone and calling the police here, not with the likely drama, bureaucracy of the government systems and widespread privatisation of civil security, for example.

Just as important, if players want to create a hi-tech hacker character, then they can, and there’s plenty for them to do. If someone wants to play an influential socialite, they can and will have a tangible impact on the plot.

Altered Carbon isn’t just broad with alien mysteries; it goes deep as plots can range from the super-rich and government missions all the way down to drain water and dirt street crime.

There’s a touch of fatalism here too. Governments, even if they mean well, grow huge, inefficient and overpowering. The downsides to that are steeped all over Altered Carbon. What’s the alternative? Private companies? Is the best possible ruling megacorporations that are so common in the cyberpunk genre? They’re no good either, driven to chase profit and steered by cold-hearted mercenaries who have risen to the top of the decision tree because they’re cold-hearted mercenaries. The future seems bleak and unescapable with Altered Carbon, and characters in it just have to make do. The aspiration here is simply not to be crushed.

For many gamers, Altered Carbon’s game engine will turn things upsidedown. Rolling low is good. Therefore, using smaller dice is better; a d8 is more likely to roll lower than a d10, a d6 is even better and a d4 best of all.

The system doubles-down on the importance of dice as it makes use of natural criticals or failures. That’s to say, dice that roll their maximum or minimum value can do something special.

Yes, the fewer faces a dice has, the more likely it is to roll a max or min results. Altered Carbon embraces that. Most importantly, the more talented someone in at a task, the less likely it is that any dice will need to be rolled at all. It’s an Aces or Catastrophe approach.

That simple base grows and becomes quite convoluted because of one crucial decision—your character’s speciality matters. Just as the setting has something for all character types, so does the system mechanics.

Gear matters, affecting dice rolls in meaningful ways. As does training. Skills evolve into skill trees, interact and weave their way into a wide range of uses. They can be triggered, have special uses, have specialisations or be opposed.

On the plus, any situation in which a roll is needed becomes a moment of focus, tension and tactical consideration. On the negative side – the streamlined “make a skill check” process has seven steps.

First, pick the Skill to test, then the GM will set a Target Rating (and there are several ways to do that). The player adds Gear and Training bonuses, then rolls the right Skill Dice, roll with Bonus Dice, Luke Dice and Depletion Dice and choose the best result if a Bonus Dice was rolled. Don’t forget to add any extra effects from rolling an Ace, a Catastrophe and/or failing a Depletion Check.

I played through an Altered Carbon scene with a friend who picks up rules quickly. You know, one of those gamers who winds up being the one to explain the rules of the board game when you’ve got friends over. It made sense at the time. I returned to the RPG a few weeks later and struggled with the basics.

I said Altered Carbon is a contender for best cyberpunk of 2020, and I stand by that call. It’s fresh. It’s different. I struggle to pick up these rules by reading. I suspect I’ll know them much better if I got to play through a campaign.

It’s not all on me for being dumb, though. Altered Carbon uses icons where possible, rather than words, and I don’t find this helps my comprehension. What does squiggle mean again? I’ve shown it around, screen sharing on Discord, and I’m yet to find anyone who says, “That’s a great idea!”.

Additionally, the game uses a mathematical language style of notation to concisely describe what skills and values are associated with checks. That’ll probably help in the long term but makes it no easier to learn at first.

Characters absolutely die in Altered Carbon. The game is not designed for players to be controlling Methuselah. The latter have cloud back-ups taken of their personality and replanted into one of a bank of clone bodies when necessary or desirable.

Such an immortal could well be the campaign villain, though.

Death may come when the cortical stack embedded in a PCs body is damaged, which can be targeted deliberately.

On the other hand, the destruction of a body is more like severe property damage in this dark future. If you’re wealthy enough to take ownership of a new body, you can come back in Altered Carbon, but it might not be a very good body unless you’re well off.

When I create characters, I imagine their personality, their backstory and their looks. I can tell you, learning to cope with the fact that a character’s face is entirely transitory was quite a challenge to begin with. I can also tell you, it’s entertaining when you get there. In my online Discord playtesting of the game, it became a great sport to signal a character through their mannerisms rather than physicality. I think it actually encouraged better roleplaying.

There’s also a fantastic mechanic in Altered Carbon that I can’t imagine working for any other RPG I have. It’s up to the player to decide when their PC’s body has died.

If your character has taken even one point of damage, you can decide that the Sleeve (the body) has expired. Why would you do that? Well, the Target Rating for that saving throw to see if your mind survives is determined by how many Health Points that Sleeve still had left. In other words, if you battle on until your body gets caught in a hail of machine-gun bullets, then the chance of your cortical stack being destroyed is much higher than if you went down and “died” when that first raider leapt around the corner and stabbed you.

The expense and possible frustration of returning to a new body after losing a fight isn’t the only downside to death in Altered Carbon. The system uses Ego Points to measure just how with it someone’s mind still is.

Ego Points are tough to recover and when you run out, so does your will to live.

You can play AI too. Your character can be the mind of a hotel.

Gear and weapons become cherished items, and there’s a whole player-centric skill set in knowing how to equip your character sensibility. Some players like to min-max their stats, but in Altered Carbon, you buy a better body, so what are these crafters supposed to do now? Well, players like that can optimise their inventories.

I really enjoyed playing my brief session of Altered Carbon with the guidance of a rules guru. I’d be loathed to try and explain the system to anyone else at this point.

My other frustration was that I couldn’t create a corrupt lawman at character generation. I had thought that would fit perfectly, but the crime tree of the character progression is considered so rare for law characters that it’s an anomaly.

Will Altered Carbon be a success? I think the jury is out on that one.

I think the game needs a champion, an actual play star who is good with rules and explaining them, yet charismatic enough to have quite a following. Someone like that, I think, could showcase Altered Carbon RPG’s strengths and persuade people to try it.

I suspect then this uniquely different game will spread by word of mouth. Otherwise, I fear the effort of getting started when gamers have so many other choices might be a bit of a showstopper.

Overall, I think Altered Carbon Kickstarter backers will be really pleased with the book. I’ve a PDF copy, and even digitally, it oozes production value and feels refreshingly different. I regret not having the hardback for my shelves.

My copy of Altered Carbon was provided for review.

Altered Carbon: SUCH RUBBISH! Unn-nuanced, unsophisticated, basically little more than a violent computer game. Stopped watching, nauseated by the idiotic storyline. 0 out of 10!

Swap your body: A review of the Altered Carbon RPG 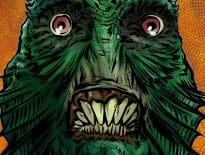 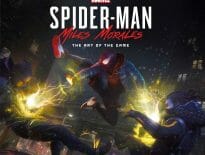