Well! There’s so much going on that yours truly was not even able to publish the full RPG news summary before 6pm (which is when the daily digest gets emailed.

If you’re reading this, then you’re reading (at least) edit two of this week’s news round-up. And it’s not as if this was left to the last minute to compile.

Zine Quest over at Kickstarter is partly to “thank” for this. This week Geek Native tracked over 120 launches for RPG and related campaigns. That’s more than last week!

It’s not even the final week of the month, and yet the latest RPG publisher spotlight with Russ Morrissey of EN Publishing is live. See, it’s not all disorganised here.

Sorry for the weird newsletter, and thanks for putting up the shenanigans. At least, this week, there’s a big thank you for Patreons in the form of a free copy of the cyberpunk RPG Entromancy. 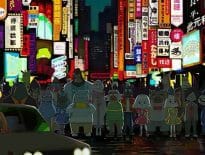 Anime Oddtaxi takes a dark turn in the latest trailer 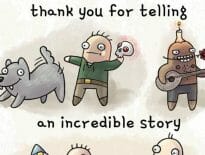