In the days of yore, some tabletop gamers would use chat programs for roleplaying. You might hear legends of ICQ, AIM, Yahoo Messenger, IRC or even the delightfully named Multi-User Hallucination (MUSH).

Some of us still do. The great thing about gaming via text over the net is that it’s asynchronous. You don’t need people to respond immediately. Your game slows down and waits for you. It could be on your bus journey to work (remember those) when you tell the group what your druid is doing. Then, in your first coffee break, you discover you need to go heal that annoying rogue again.

RoleEver is new technology that might just capture some of the joy of the old school tech.

It’s designed for your smartphone. It’s also pretty smart. That’s not to say MUSHes didn’t let you roll dice, or the best chat programs didn’t have images, but RoleEver is custom-built for modern roleplayers.

The system has already had substantial beta testing in Italy, where the developers’ team comes from, but now the English language iOS and Android apps are ready for early testing.

The app has a game chat in two modes; one for the game (in character, if you will) and one for outside it (out of character), dice rolling, and it keeps up with game turns. There’s a stories board area, like a gaming lobby, where GMs can link campaigns they’ve created and, if they want, make it public.

RoleEver even has a reader mode, so you can check in as a spectator on any public game or story. This allows you to check character sheets, see what the GM has in their notes and read the dialogue.

The app is free, but developer Critical Adventurers may not necessarily keep it that way. For now, you can install the Android version if you accept it may be unstable due to its early access label and for Apple, if you also install TestFlight. 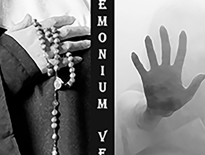 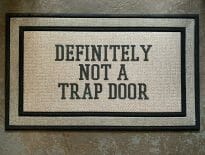