You are here: Home / Games / Tabletop & RPGs / Wait, That’s a Game?! Kickstarter combo as Daemonium Venatrix is free for a week

Wait, That’s a Game?! is a Kickstarter with about a week left on the clock.

It’s a project to fund four zines inspired by “impossible” media and while the campaign is running Daemonium Venatrix is a free download.

Written by WJ MacGuffin (Paranoia, Sea of Thieves) and Emily McGlawn, Daemonium Venatrix is a zine RPG where demons are real. And hungry.

Demons wait until people are lost to deep despair, then possess them and feed off their host’s dying soul. Thankfully, the secret order of Daemonium Venatrix nuns knows the real Rite of Exorcism, investigate reports of possession and are there to fight back against the demonic threat.

Daemonium Venatrix’s concept leads us on to the Wait, That’s a Game?! Kickstarter. There are four queer-friendly RPG zines in the campaign, each trying to make a game out of something that might be considered impossible to bring to the tabletop.

The authors are looking for $2,4999 to fund and you can see progress on the project page.

Let’s take a look at the four zines that, in addition to Daemonium Venatrixm, will become available if the campaign is successful.

Nerd Division Go! is inspired by a reality show called Operation Repo. In Nerd Division Go! characters have a double-life; they appear to be geeky technicians visiting homes to set up electronics but are also secret agents trying to stop a sentient AI from triggering the Singularity.

Outlast for Cash is inspired by TV shows like Survivor. Players have two characters, one from each tribe, who face challenges and alliance building before the tribal circle where one character gets voted off.

Bury the Lede is inspired by the dullness of local news. In the game, players are members of a TV news team in Ohio, trying to get promoted to cover a larger city by hyping up local stories.

Farmer Human is inspired by the old sitcom Mr Ed and asks, “What happens when farm animals are smarter than the farmer?”. Players are animals trying to save the farm from the dual threats of a no-knowledge lifestyle farmer and the evil Wayne Agricultural LLC.

A pledge of $12 will get you all four zines in a single PDF and all PDF stretch goals.

There’s a physical book which also contains all four games. That reward is added to the digital copies with a pledge of $20, and you need to add in shipping costs.

Higher tiers are available, including one $30, which also adds a PDF that explains all four games’ design thinking and techniques.

The estimated delivery for the zine is April 2021.

Wait, That’s a Game?! Kickstarter combo as Daemonium Venatrix is free for a week 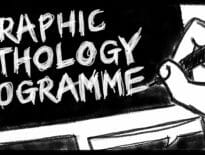 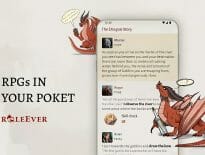