After a succesful Kickstarter for Far Away Land in 2018, you can now pick up the quickstart rules for as little as you want or pay $5 for the rule game and the Tome of Awesome core rules.

Created by Dirk Stanley, Far Away Land uses 3 stats to determine base scores and a d6 system where the best dice is used to compare against a target number. Boons and flaws and bonuses or penalties to those roles.

Far Away Land is a world where noknil clones are part of a hive mind, where clown plants hurl terrible jokes while stabbing their victims, where a cataclysmic event of the past has sewn together the various realms of creation to forge a nexus point on a fantasy world known as Far Away Land.

As the art alludes to, Far Away Land as a particular vibe. Here we can see warrior nuns riding attack bears in a melee against Lincoln clones armed with axes.

The setting is bizarre and colourful, a mixture of fantasy, sci-fi and 80s pop culture.

Free to Download: Far Away Land RPG – Tome of Awesome 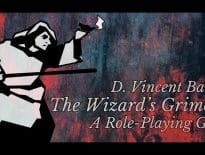 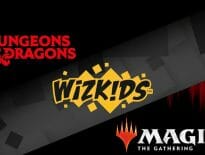