The UK based publisher is the tabletop force behind Judge Dredd & The World of 2000 AD, the game system What’s OLD is NEW (WOIN), lots of 5e goodies and, as we find out in this spotlight, with plans for plenty more.

Geek Native reached out to EN Publishing to try and arrange a Q&A style interview through various channels. Pleasingly, Russ Morrissey himself got back in touch. As the publisher’s owner, and founder, there’s no better person to talk to for the spotlight feature.

An introduction to EN Publishing

For me, it’s hard to imagine going a week where I keep an eye on what’s happening in the RPG news sphere without seeing mention of EN Publishing.

In part, that’s because of the close association with EN World, and it is perhaps dangerously easy to consider the publishing brand to be a ubiquitous feature of the landscape. It’s important to remember, I think, that EN Publishing is an entity in its own right, with a voice and history.

So, let’s start there.

Who is EN Publishing?

We’re a small company (one full-time employee, a handful of part-time contractors, and lots of freelancers!) and we’ve been publishing RPG products for 20 years now. The company is owned by myself (Morrus, aka Russ Morrissey, or Russ Morrissey aka Morrus).

What’s the founding story for EN Publishing? You know what a tough gig it is and fancied a bit of that for yourself?

It was originally a spin-off from EN World, my RPG news site. At the time, it was more a kind of “wouldn’t it be cool if we made a PDF and sold it?” — that was 20 years ago, and the book was called Wild Spellcraft (you can still get it on DTRPG)! That was before DTRPG actually existed and we sold that on the now-obsolete RPGNow. Since then we’ve published hundreds of books. I guess I just fell into it, and gathered some friends along the way.

Are there any common requests or questions you often tackle from people? How do you answer?

I am always amazed by how 90% of the emails that come in are artists looking for work. Luckily, we can always use artists so I am able to forward those to Mike McCarthy, our art director. But that is by far the bulk of the emails we get via our contact form on EN Publishing’s website.

But yeah, other than that it’s the usual smattering of customer service emails. And lots of people asking us about things we haven’t announced!

Changes in the RPG industry

Thanks to his various roles, Morrus is well placed to talk to us about changes in the RPG industry. I took the chance to find out how some of the big shapes have influenced EN Publishing.

How has Kickstarter shaken things up for EN Publishing? Has crowdfunding been a mixed blessing for the industry?

It’s been amazing. Frankly, it’s our default way to publish and sell books now. Kickstarter is by far the best platform for selling a small-press RPG product — it’s your market research, promotion, and pre-order system all-in-one. I’ve been experimenting with the platform — I’ve run some big £100K+ Kickstarters, a bunch in the middle, and I’m currently running the 8th in a series of ‘mini-quickstarters’ which tend to be 10 days or two weeks, no stretch goals, fulfilled immediately, then a week’s break, then another one. These are going really well. Of course, we have some more big ones planned too.

Right now I’m fascinated by Free League’s The One Ring million-dollar campaign. I find watching the numbers fly up hypnotic. I’m really rooting for them (not that they need it!)

What role do you see Patreon playing in the industry in the near future?

We use Patreon extensively. EN5ider is our flagship D&D magazine, which has been running on Patreon for coming up to 6 years now, with over a thousand happy patrons getting new D&D content every week for the price of a cup of coffee. We also have a smaller magazine for What’s OLD is NEW (WOIN). The Patreons are a really important part of our business, and help keep the lights on.

I’ve seen lots of similar Patreons launching in the last year. The idea is a popular one.

The future of EN Publishing

Kickstarter and Patreon’s influence are already being strongly felt in the industry, and publishers react accordingly. I wanted to find out what fans could expect from EN Publishing down the line with that in mind.

What can fans expect to see from EN Publishing in the future? What does your pipeline look like?

Big plans! We’ve had to hire two new publishing administrators (the vitally important folk behind the scenes) to handle it!

First up this year will be the Awfully Cheerful Engine, which is my rules-lite RPG of action comedy. The core rulebook is about 30 pages long, and the size of a comic-book. It will come with four other comic-book sized adventures, each being a different genre — Spirits of Manhattan, Raiders of the Cutty Sark, Beam Me Up, and Strange Science.

Later in the year we’ll have Level Up: Advanced 5th Edition, which is the biggest project we’ve ever done (by far!) We’ve assembled an elite, diverse team of D&D experts, and we’re creating an advanced version of the roleplaying game that everybody already knows and loves. We started work on this last summer, and we’ve been running a massive public playtest program. The interest in it has been through the roof.

Both of those will be coming to Kickstarter this year.

Plus there’s The Siege of Concordant, our first novel. It’s a sci-fi novel (and RPG setting, eventually).

And of course, throughout the year, we have 2000 AD releases, monthly mini-‘quickstarters’ and more. So there’s LOTS going on.

Is there any chance of an EN Publishing / Rebellion Unplugged team-up?

Oh, man, our plate is VERY full. I don’t think we’ll be adding any more projects to the pile any time soon!

Do you think there will be any big tabletop conventions in the UK in 2021 and, if so, will EN Publishing be at any?

I don’t know if there will be any, but we won’t be at any unless we are all fully vaccinated. UKGE looks very unlikely. We’ll see about Dragonmeet.

EN Publishing, to me, feels like an archetypical community publisher. It exists for its community of fans, and it exists because of them. Geek Native’s RPG Publisher Spotlight always concludes with where you can find creators and their recent projects, but this time I remembered to explicitly ask if there was anything fans could do to help.

Other back buying books, supporting Patrons and pledging to Kickstarters what can fans do to help out?

That pretty much covers it! Oh, they should totally subscribe to our podcast, too! It’s a weekly RPG news show, often with a special guest co-host (we’ve had people like Jason Bulmahn, Sean K Reynolds, Keith Baker, and many, many more!) It’s a good way to keep up with the weekly RPG news while walking your dog or commuting to work (whenever that happens again).

EN Publishing has its own store and you can buy books in digital or as physical thing straight from them. They’re also on DriveThruRPG and from there I can list their five most recent products. 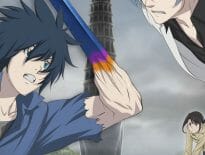 Anime Netflix will release B: The Beginning Succession o… 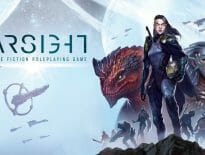