You are here: Home / Geek Stuff / Sites / QuestCompanion: An chat with Barna Toth, creator of the Quest companion site

Quest is a new tabletop RPG that’s managed to make a bit of a buzz, impressing people with its freshness.

One way to tell just how a game has landed is to look at the ecosystem fans built around it, and Quest has a thriving one.

The QuestCompanion site is notable even among the vibrant community. It’s quick, clean and easy to use. The creator, Barna Toth, was kind enough to tackle some interview questions for Geek Native.

Geek Native’s readers tend to be tabletop roleplayers but might not have heard of Quest. Could you introduce us to the game and why you like it?

Quest is a tabletop roleplaying game specifically designed to be accessible and fun for beginners and seasoned RPG fans alike. It’s super simple to learn and puts the focus on storytelling.

Could you give us an overview of the QuestCompanion and how it fits in with Quest?

QuestCompanion started as a simple character & world creator for Quest but as the number of users started to rapidly grow, I’ve put in many other useful tools that can easily be used with other systems as well, like Campaign Management, Items, Pre-Made adventure, etc.

My long-term goal is to create an all-in-one companion app for TTRPGs, so I’ll introduce more tools and support for other systems as well.

If someone was interested in starting Quest, would you recommend they start off with the QuestCompanion from the outset or add it in later?

I’d start with QuestCompanion as it guides you through character & world creation with suggestions. Plus you’ll get items, pre-made adventure, abilities, and tons of cool stuff that will help you with your adventure.

How does the QuestCompanion pricing model work?

I’m a massive fan of freemium products so I want to keep QuestCompanion open for everyone who needs a companion app for their TTRPG adventures, so all free users get access to all tools and functionality.

As it turns out many users come with hosting fees, so I started a Patreon page where users can support my goal. Patrons can unlock all unlimited characters, items and get exclusive access to pre-made adventures and pre-made item collections.

Are there any plans to change that as and when the mobile app comes out?

Developing and deploying an app to app stores require significant investment and as QuestCompanion already works quite well on mobile and tablets users seem to be happy without it so far.

I notice you’ve integration with Foundry VTT on the roadmap. Is that the first virtual tabletop QuestCompanion works with? Why Foundry, why does it work for you?

I want to tailor the best experience for the users who use QuestCompanion, so the roadmap is a living document constantly changing based on their needs and currently it seems that Foundry VTT is a tool multiple users are quite fond of.

What’s the future of QuestCompanion?

With the help of the community and users, I set out to evolve QuestCompanion into an all-in-one digital tool-set for all TTRPG fans regardless of their choice in the system they play.

QuestCompanion: An chat with Barna Toth, creator of the Quest companion site 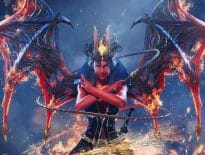 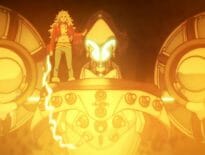