Recently, I had a discussion with a player at my table about safety at the table.

The group he is part of is one of my more ‘loose’ tables. The players know each other, the humour often takes a turn for the dark but the atmosphere is kind of Frat house-like. It has been a place of support but we’ve never really talked about limits and safety.

During the conversation, the player said to me ‘you know, looking back, I realise I wasn’t really comfortable with some stuff in the game’. Even though most of it was related to a single players actions, that was hard to hear.

It made me realise that to have a healthy table, you first need to have framework where people can say they feel unsafe or uncomfortable.

So how do you create that framework? We’ve talked about safety tools that exist but I thought I’d take this moment to look at some protocols and ideas I have developed, especially since my player base has expanded upon becoming a professional GM.

Before we begin, I would say that these considerations don’t make me infallible. But as part of my evolution, they are helping me become better.

Let’s for a moment take a look at a real useful guideline. In UK law, some characteristics are protected by law. These are age, disability, right to choose and assign your own gender, marriage equality, pregnancy/maternity, religious freedom, biological sex and sexual orientation.

These are areas you can’t discriminate against or attack. I think it’s really important to address any comments made by players that assign values to these areas of attacks them.

It sounds really obvious until you are deep into an all cis white male group and someone makes a comment about ‘how women are’. And then you are sort of stuck with a choice. Should you let it slide?

I used to think that the answer was to tailor your needs to the group. But one problem with this is that you should never make assumptions. What if someone in that group is considering the fact they might not be comfortable in their gender? What if a female player, maybe the partner of one of the other players, wants to join the group?

You’ve built a culture already that assumes the agreed stance on gender is a power dynamic. It’s difficult to go back once the tone is set. So if you want a safe framework, it’s important to decide that you want to keep these things protected for each character and player. The game should be a place of no judgements.

It’s also worth mentioning that if you aren’t prepared to protect specific examples of this in your game, then don’t invite players who need them protecting because you’re a bad fit for them.

If you can’t stand up for your players, you shouldn’t be gaming with them. It’s your fundamental responsibility as a GM.

It Doesn’t Have To Be Horrid To Be Wrong

So, when we talk about safety, we often think of it in extreme terms. The game going somewhere dark or triggering a past trauma. But the truth is, what sometimes makes people feel unsafe is smaller moments.

Sometimes it can simply be a player disrespecting the fact that other people play a game with them and derail everything to stay true to their character.

You need to be prepared to watch for stuff like this and deal with it. It was my failure to do this that made the player in the introduction feel uncomfortable.

People are falling in love with the fictions you write together. You need to make sure that their investment is something you support. So make sure that when one player considers themselves the only master of narrative direction, it might be time to step in and remind them it is a game with several players.

It’s important that you take a moment to revisit the rules so often, especially in the wake of a scene coming up that seemed close to the edge.

If this happens, it’s best to first check-in with the players involved and then revisit your safety tools and limits during the next session.

Keep it in the discourse and players will be more inclined to remember the tools exist. Not only that but an open discourse between players means they are more likely to feel safe to say ‘this is outside my comfort’ to each other.

A Collection of Equals

It’s easy to play favourites. You can have a group where you barely know some people and others you spend most days with. Friendships develop and change, as well. I married one of the people at my table, so I understand this quite well.

But at a safe table, you have to make sure that the relationships stay equal. You can’t use whatever is happening to give players extra time/attention, even if it’s because someone spent four hours on Thursday talking to you about their character over coffee. Even though that would be the easiest path.

If you’re rewarding invested player make sure it’s about their investment in the game, not you.

The best way to do this is to invite everyone out to the park for coffee, of course. Which leads me to a final point.

One of the coolest parts of RPGs is going to be the other people at the table.

If you have the time and feel safe to do so, then a great way for a table to feel safe is actual shared experiences. When I was younger, most of my GM groups would end up at my house parties because it made us a community outside of the game and strengthened the bonds inside of it. Now I have less time, often wilderness walks or supporting an activity is a great way to help people know each other and feel more comfortable in each other’s presence.

An important component of a safe table is respect, and while all people deserve it, take time to know what about your players really makes you like them.

Sometimes, You Need To Be The Axe

If after all this, someone is not being safe, you need to be able to drop them.

It’s easy to feel like you are all friends and therefore should forgive behaviours. But if someone stops respecting others’ limits, you need to show that you won’t tolerate it.

If something happens that upsets another player come down early and clearly. It means you’ve left no vagueness in expectations and a player knows that if they keep pushing, it’ll be the end.

Remember that unsafe RPGs are far worse than No RPGs. Many problems I have experienced in my near thirty years of gaming could have been settled if I had just had the bravery to cut a person. Be good to your other players. They will feel happier.

Next time, we are going to finish this safety talk by looking at what happens when things go sideways and how we can minimise damage and keep everyone protected. Until then, may your games be a fun and safe space! 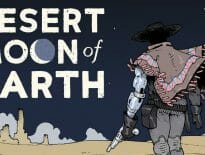 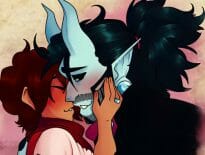