You are here: Home / Geek Stuff / Sites / Mindflayer launches to help you find a tabletop RPG to play in

Mindflayer.io is a new site which aspires to help you find a tabletop RPG to play in.

Mindflayer is not associated with Wizards of the Coast, and the site supports more than just Dungeons & Dragons as a result. While the dropdown lists of games recognised by the system are already pretty big, the growing number of RPGs out there ensures that a lot of potential match-up potential will come under the [Anything not covered] [Flexible to other games] options.

Mindflayer is only a few days old, and account names are there to be taken or, as I did, connect with Google and not worry about yet another unique password. Once you have an account, you get access to the messaging system.

The site is taking donations and has an order system visible, though it’s not yet possible to order anything.

Mindflayer will face the same challenge that other RPG matchmaking sites and solutions have faced. It’ll need a critical mass before it’s helpful to many people, and it’s hard to reach that critical mass, that choice and wealth of game options until it’s worthwhile.

The site is quick, clean and integrates with Google Maps nicely. Looking for an offline RPG session is straight-forward, and there are already two dozen online games in the system. 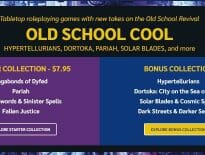 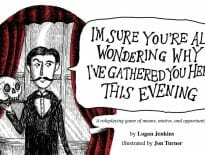