You are here: Home / Geek Stuff / Interviews / What does the Renegade Game Studios and Roll20 partnership actually mean?

In January, Renegade Game Studios and Roll20 announced a partnership which brought Wardlings to the virtual tabletop. Wardlings is an RPG in which children are the saviours of the land who protect the realm with their quests.

In a way, Wardlings is the perfect choice for the first game to get the Renegade and Roll20 treatment. No shortage of people 5e-players use Roll20, and the platform already integrates the system.

On the other hand, Wardlings is based on a physical line of miniatures, the very thing that Roll20 replaces. WizKids, who make the range, benefit in the long run through the expansion of the brand.

Also, what makes a partnership? Just how hard is it to get a game onto Roll20? Could Altered Carbon or any of the World of Darkness be coming to Roll20 next?

Geek Native had some questions and, kindly, Emily Floyd, who is Roll20’s Director of Licensing and Sara Erickson, Renegade’s VP of Sales and Marketing, agreed to answer.

Why did you pick Wardlings to be the RPG that gets the Roll20 treatment first from Renegade’s collection of titles?

Renegade: Wardlings is well suited for people who are new to roll playing because it is built on the 5e system. For Renegade fans just dipping their toes into either roleplaying or Roll20, Wardlings is a great place to start because you will experience a lot of the helpful features that Roll20 has to offer.

Roll20: For exactly those reasons, we felt Wardlings would be a great title with which to kick off the partnership. We are excited about giving players new and exciting entry points, both to the Roll20 VTT and to tabletop roleplaying games in general.

What’s the second game going to be?

Renegade: We haven’t announced our second game yet but we have a couple that we are working on now. It’s hard to say which will be completed first!

Roll20: We have a handful of titles at various stages of the production process, and will definitely be collaboratively announcing the next release once we have all the details squared away!

Renegade: Great question! We will have more information about upcoming releases soon.

Roll20: Again, we don’t want to give away too much until the next release is further along in production. I’ll say stay tuned to our social media to catch all the announcements regarding upcoming releases!

What needs to happen to get an RPG, Altered Carbon or Overlight for example, onto Roll20? And who does it? Is it the publisher like Renegade or Roll20 themselves?

Roll20: There are actually many layers to that question! Every project is unique. For any new title or publisher coming to the Roll20 Marketplace, that’s a conversation that happens between our Licensing team and the Publisher to make sure everyone’s needs are covered. Once the details are squared away, conversion work begins. Depending on the title, we may need to create maps and token packs, full campaign modules, character sheets, and/or compendium expansions. The actual conversion of the title to a VTT release on Roll20 can take hundreds of hours of work, depending on how complex the conversion project is. We have an amazingly talented team at Roll20 that does this for all of our internally produced products, like with Wardlings. Some of our partners choose to do the conversion work on their own, in which case we assist them in getting their final product to the Marketplace.

Would Alice is Missing, the silent RPG, ever work on Roll20?

The Roll20 edition of Alice is Missing allows players to set up and use their cards on the Roll20 VTT, and to use our chat features to communicate during gameplay.

Here’s a recent stream where you can see it in action :)

How has Roll20 kept pace with the boom in demand?

Roll20: Over the past year we’ve been rolling out quality of life changes and improvements to the VTT, always taking into account user feedback and suggestions and always focused on making a fun and accessible experience for all of our users. Improvements to our key features like Dynamic Lighting have helped our users to see our toolset in a new light. We’ve also grown our marketplace offerings significantly, welcoming creators and publishers of all sizes and highlighting a diverse range of play experiences and titles. And, of course, our team is steadily growing to better support all these exciting changes!

What are the growth areas in virtual tabletops? Twitch integration? Discord bots? Distribution or fulfilment deals?

Roll20: People are finding so many creative ways to game on Roll20 and with that comes so much room for growth. However, right now, we are focusing on launching the open beta of our mobile app. New things in the pipeline will always be communicated through our social channels so keep your eyes peeled there for future updates!

What does the Renegade Game Studios and Roll20 partnership actually mean? 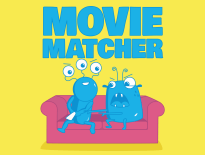 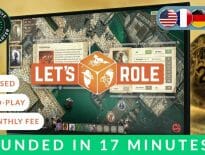