There are two stories, and one working title wrapped up in this announcement.

First up, the excellent Shadows of Esteren dark fantasy RPG from Studio Agate is becoming a generic RPG system. In other words, the rules engine from Shadows will be applied to other games.

The working title of that rules engine is the “Story Arc System”, emphasising the roleplay heart of the rules and the evolution of characters in games powered by it.

The second bit of news is that Mighty Board’s board game Posthuman Saga is getting an RPG powered by the Story Arc System.

An announcement from Mighty Board said;

Posthuman Saga is not just a board game: It is a rich, thematic universe that reflects on issues such as human evolution and its effects on society and everyday life in a post-apocalyptic world. The collaboration between Mighty Boards, publisher of beautifully crafter, immersive story board games with innovative systems, with Studio Agate, authors of Shadows of Esteren RPG, will push that immersive experience forward even more!

The RPG is roughly scheduled for 2022, but the news was revealed this week to coincide with the Posthuman Saga & The Journey Home Expansion board game Kickstarter which has smashed its €20,000 funding goal with nearly €70,000 pledged and still four days (at the time of writing) on the clock.

Posthuman Saga is a tactical survival adventure with RPG elements where you lead a character through the weird and wonderful world of Posthuman where unknown threats await at every turn of the road. You’ll need to forage for food, ammo and weapons if you want to survive. You’ll meet a cast of strange and memorable characters and find yourself in unexpected situations during story encounters. And through all this you will learn the ways of the Wilds, developing your character into a tougher and wilier explorer…unless the mutations turn you into a bumbling knot of limbs. 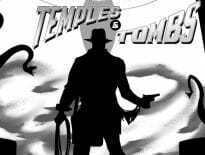 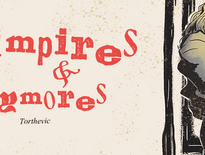