Dungeons & Dragons have a new boss, all of Wizards of the Coast does, and Cynthia Williams appears to be intimidatingly clever.

Fresh from Xbox and Microsoft, Williams has loads of experience with logistics and business eco-systems. Interesting times.

On business eco-systems, there’s no doubt Kickstarter is having an incredibly busy week, but it’s not Zine Quest. Geek Native tracked twice as many launches in the first week of February last year than this year, and that rate lasted for three weeks. Will 2022 get close?

As it’s the start of the month, Geek Native Patreons can vote in the RPG Publisher Spotlight for March.

The winner for January, As If Productions is now fully written up.

Shawn Merwin is this months winner.

Shawn publishes under their own name at the DMsGuild and is the Executive Lead Designer at Ghostfire Gaming. Ghostfire is a publisher Kickstarter watches will recognise.

Thanks to all Patreons who vote. One of the ways Geek Native likes to say thanks is with gifts. So how about some Panda Markers? 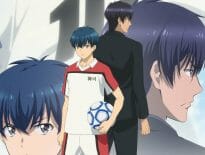 Anime Sportsball: Shoot! Goal to the Future unveils a ne… 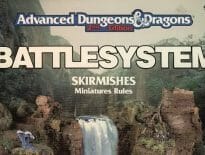