Some in the zine community said no to Kickstarter moving ZineQuest from February to August to tie in with GenCon and started Zine Month 2022 instead.

Pent-Up Press was among the resistance, and what better way to resist than to go Itchfunding with punks instead?

The publisher has dropped the Kickstarter model for this project; instead, they are selling two No Future zines for 50% off for the whole month.

If 36 bundles are sold, the zines will get a print run, but backers today get just the digital copies.

Each of the zines has Cthulhu Dark scenarios for 1 to 5 players and a GM. The games are set during the 70s and in the UK punk scheme.

No Future is by Tom McGrenery and Josh O’Connor and the pair even composed and recorded a punk single for the zine. You can listen to it below.

In the run-up to today’s launch, Josh told press;

NO FUTURE arose out of a love of 1970s punk art, the cover of The Invisibles #1 by Rian Hughes, and of course the writings of H.P. Lovecraft and the games inspired by his work. The Sex Pistols’ “No Future” lyric captured the feeling of hopelessness and confrontation in 1970s Britain. The punk movement was the match that set alight a petrol fire fueled by racism, police violence, economic stagnation, The Troubles and social repression.

I saw the music and art as heroic creativity, a rage against mediocrity and oppression, with the punks cast as problematic campaigners against the forces of darkness, or in the case of this book, alien horrors and their agents on Earth. As soon as I completed the cover for #1, I knew we had something special. Every writer who looked at it began to come back with ideas, some of which have been realized as scenarios for this labour of love.

When Josh asked if I was interested in collaborating on some ‘punk Cthulhu’ adventures, it took about three seconds for me to say yes. It’s a high concept that makes immediate visual and thematic motifs pop into your head, there’s a pre-made group concept – the band – and it’s a compelling clash of aesthetics.

One challenge quickly became apparent – how do you make the adventure actually about the 70s punk scene, without stripping away the Lovecraftian horror? We ended up creating rules for ourselves such as “The punks cannot be the bad guys (i.e. no accidentally raising an ancient evil because of punk music)” and “The scenario must embody lyrical themes of 70s UK punk music.” Perhaps most crucially, the punk part could not be cosmetic: if we ended up with scenarios where any group of investigators could be swapped in for the punks, that was no good. So, The Five Techniques is about travelling on a shoestring budget to play a gig, while Career Opportunities is built around performing live as part of a band. But with, you know, horrific weird stuff.

There’s “No Future”, but you can go punk, resist Cthulhu and save 50% (money, not people) 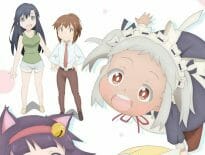 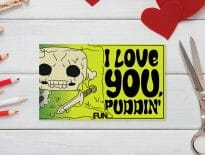